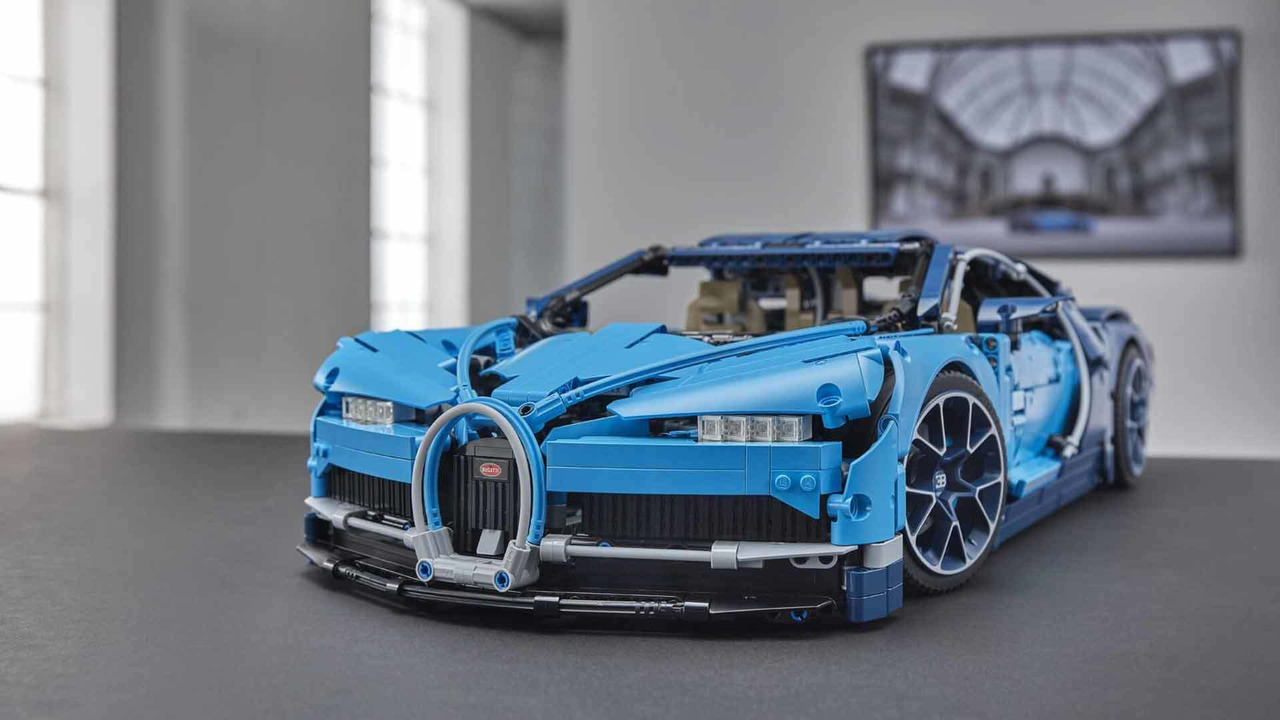 The Chiron set released this summer has been a success.

This is the kind of story you wouldn't normally expect to read on a motoring news website, but bear with us.

What do dinosaurs and Bugatti have in common? (Still there?) No, it's not that both were around millions of years ago, although there is some truth to that. No, according to Reuters, both helped legendary toy maker Lego recover after its first drop in revenue for a decade.

Lego Bugatti Chiron gets the walkaround treatment like a real car

That's right, giant creatures that no longer roam the earth, and one of the most prestigious vehicle manufacturers in history helped a legendary Danish toy maker recover from a financial hiccup... and I want to go for a lie down.

But seriously, according to Reuters (so it really is a serious story, despite its bizarre nature), Lego's recent tie-up with Volkswagen-owned Bugatti has helped its sales grow by one percent during the first half of 2018. Unfortunately though, due to less than decent exchange rates, Lego's revenue still fell five percent in Danish crowns to 14.3 billion crowns – just three years ago the firm was enjoying 25 percent growth.

Part of Lego's success in recovering from its 2017 slump was the success of its Technic line, which introduced a new set based on the Bugatti Chiron earlier this year as part of the company's drive to have 60 percent of its portfolio consisting of new products each year.

The 1:8 scale, 3,599 piece kit retails at £329.99, making it considerably cheaper than the real thing (which has a pricetag in the millions). That may seem a lot for what many will see as 'just' a static model, but the Chiron set is much more than that. No wonder it has helped Lego regain some of its lost revenue.

When fully assembled, the replica W16 engine – which is even housed in a life-like rear subframe along with the suspension and disc brakes – has moving pistons, and an eight-speed gearbox that actually works by flicking the paddles on the steering wheel. And, just like the real car, inserting the Top Speed Mode key causes the active rear wing to switch from its higher position that prioritises handling to the lower setting for maximizing the supercar's velocity.

More recently, Lego and Bugatti unveiled a life-sized Chiron model (above), which is also completely driveable. While that set isn't going to be put in a yellow box and made available to buy any time soon, we can only imagine the sort of numbers Lego's accountants would have to deal with if they did sell them, given how helpful the 1:8 set has reportedly been.

So, if you're a petrolhead that cares about a Danish institution, go out and buy a Bugatti Chiron set. If you don't have the time or space to build the admittedly large and complex set, this writer has a birthday coming up soon...