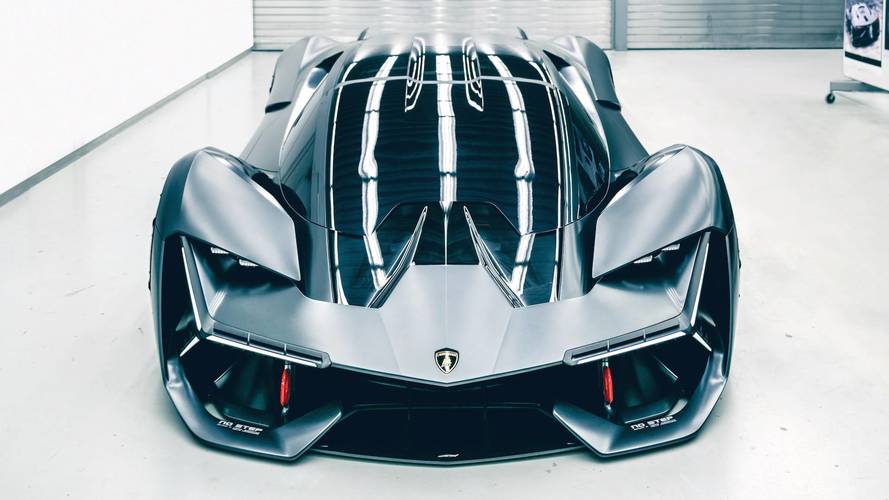 The special edition is expected to cost £2 million.

Now that the Aventador Superveloce Jota craze is finally over, we are slowly turning our attention towards the next big thing from Lamborghini. Rumours of a hybrid supercar have been floating around the World Wide Web for quite some time and it looks like they’re legit. Embedded below is an Instagram post from June published by someone who had the privilege of attending that private event we talked about earlier this year.

Expected to serve as a preview of the Aventador’s replacement, the model in question is currently known as the 'LB48H' and will go down in history as Lamborghini’s very first production car to boast a hybrid powertrain. The Asterion unveiled at the 2014 Paris Motor Show also had a hybrid setup (with 910 horsepower on tap), but it was merely a concept car.

This will be the source of inspiration for desig

While the new ultra-exclusive electrified Lambo won’t be able to match the Asterion’s punch, it is believed the car in question will offer a combined output of 838 brake horsepower.  A naturally aspirated V12 will be responsible for delivering 789 bhp, with the remaining 49 bhp to be provided by the electric setup. This new juicy piece of info comes from someone who attended the model’s private debut at an event in New York where a clay model was shown.

In terms of design, the new supercar will take after the spectacular Terzo Millennio concept (pictured below) and we won’t be seeing much of it taking into account only 63 cars will ever be made if the rumour mill is accurate. Why precisely 63? Like the recently launched Aventador SVJ 63 special edition, it’s a nod to Lamborghini’s year of birth – 1963.

The aforementioned private event organised in Italy brought together a total of 200 prospective buyers, so it must’ve been quite the dispute to claim one despite the rumoured pre-tax price tag of £2 million. Production of the new Lamborghini model is slated to kick off before the year’s end, with deliveries slated to commence in the second half of 2019.

Meanwhile, the first to come out will likely be the Aventador SVJ Roadster as hinted just last week through a document signed by the California Air Resources Board (CARB).