This wood-filled Mercedes 250CE is shrouded in mystery 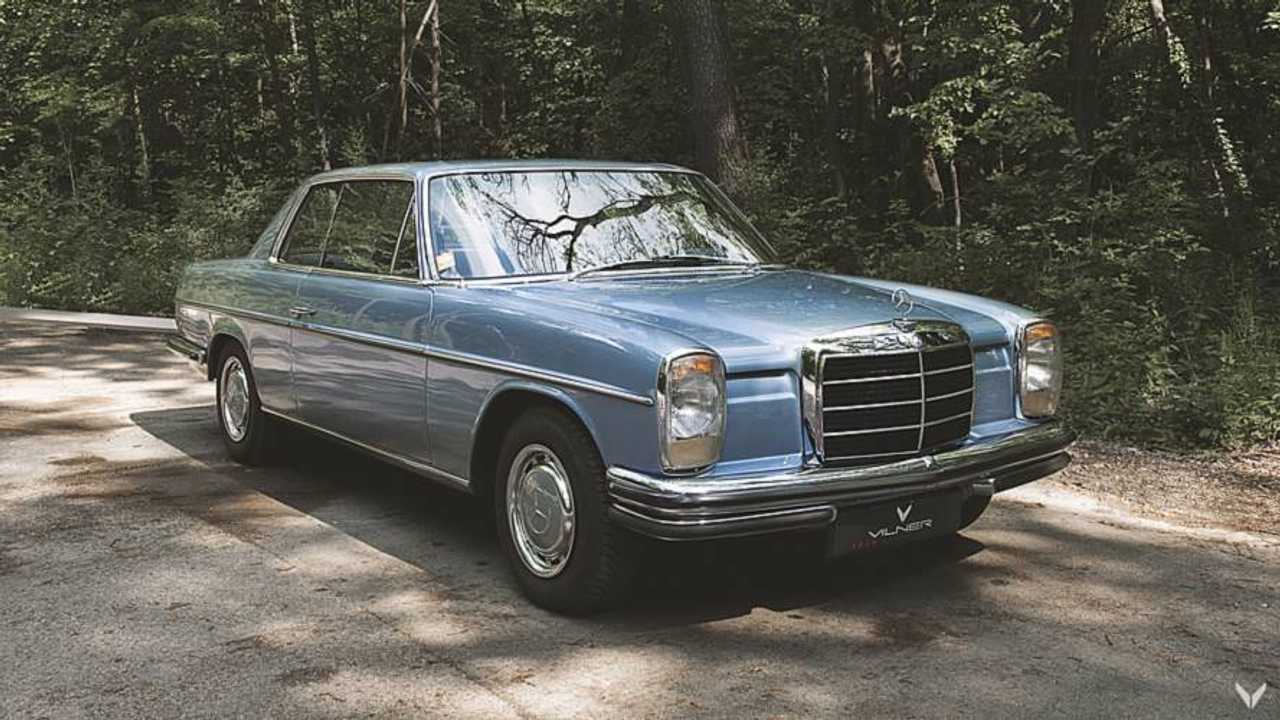 They say that the price of restoring a car doesn't depend on the amount of money put to finish the project; it’s in the journey throughout the restoration. However, in the case of this Mercedes 250CE, the history of the car, together with the materials used, would be hard to replace, no matter how fun and exciting the restoration journey was.

Vilner sure knows how to keep it classy:

The car is a Mercedes 250CE – one of the many predecessors of E-Class saloons. Internally it’s also called the W114 generation, and it's an all-new model that didn’t derive its design from previous models. It’s also the first Mercedes saloon to use semi-trailing rear arms and ball-joint front-end, which is a staple Mercedes design until the popularity of multi-link rear suspensions during the ‘80s. While there’s a lot of history in the car itself, the wood veneers found all over its cabin has a lot more story to offer.

Apparently, the ebony wood used to beautify its interior was from a boat cabin owned by the same person who owns the Mercedes 250CE. The boat was a classic Riva Aquarama, and it was built during the same year that the car was built. Needless to say, it was the owner's prized possession and kept in a climate-controlled environment to keep the quality of mahogany and ebony woods used.

Things changed in 1988, as the boat went missing without any trace. It was then found 19 years later in Cairo but completely destroyed. The authorities never discovered the story behind this tragedy.

What happened next was inevitable, as the owner decided to salvage the boat’s remains and infuse them with his Mercedes 250CE. Vilner Garage was tasked to finish the project and quite frankly, the company did a great job.

The blue leather trims blend well with the wooden veneers, which then complement the blue exterior colour of the executive saloon. The classic look was preserved, though with some exceptions like LED lighting and the Becker Mexico sound system, but no complaints here. We’re pretty sure that the owner was happy about this project, as any lover of cars (and boats) would.

We used ebony from a runaway boat for this blue

The story of this Mercedes-Benz 250 CE is complicated enough, but nothing compared to the story of the wood inside. It’s a high-quality veneer mainly made from ebony.

Before turning up in Bulgaria and finally resting in this Benz’s cockpit, those wood pieces were part of a boat cabin. More specifically, a classic Riva Aquarama. The boat was constructed mainly from mahogany but this one was conceived with ebony inserts too. The vessel was built in the same year as the car, both owned by the same Saudi Arabian entrepreneur. The Riva had been kept in a climate-controlled warehouse just to be ensured that it will remain in pristine condition for the future generations. Unfortunately, sometime in 1988 the boat went missing without any trace. It was found nineteen years later in 2007 in Cairo. The condition: completely destroyed. The authorities failed to solve the case.

What happened with the boat still remains a mystery. The owner received what was left from his beloved Aquarama and decided to rebuild his 250 CE using some ebony pieces from the vessel in combination with walnut. Atanas Vilner doesn’t reveal all the details how the entrepreneur decided to contact his Art Studio, but says that this is the first Middle East commission since few years of absence.

It was a tough project. The car and some remains from the boat were shipped by sea, then there was a condition assessment and the work started. Team Vilner first selected some usable pieces of ebony for combining them with walnut and then pressing them into veneer in shapes required for the car.

The end result is fantastic. A cabin which is spectacular without being ‘too much’, all classic style with a very few exceptions – like the stereo and the LEDs. Becker Mexico was a perfect match, a high-end stereo which looks old school. But the most noticeable pieces are the speakers: they’re protected by perforated Lexan shields which glow in cold blue.

Unique atmosphere: pure classic look because of the wood and the blue leather, combined with the distinctivelly perforated Lexan, blue lights and speaker’s silver bezels - for a little bit of steampunk. You can see LED stripes on the floor, doors and even on the car’s ceiling which is laid with perforated Alcantara. Those holes are not there by chance - “We used perforation because of the original leather lining, to retain the classic atmosphere despite the technical fabric,” says Vilner. Brown is the color of choice for the floor and blue leather for the rest of the cabin.

Clear cockpit but with high-quality details. Like the frame piece around the gear leaver wrapped in Alcantara, the door restrainers made from leather and the door pockets. The seatbelts are now brown and the wheel is completely reimagined in black and blue leather. A corresponding custom bag made from the same materials used for the car was mandatory for a project like this. It’s a compliment from Vilner to the owner.

“We’ve created a remarkable car. An automobile which says a lot for its owner and which is a temple for the spirit of his beloved boat,” adds Atanas Vilner.