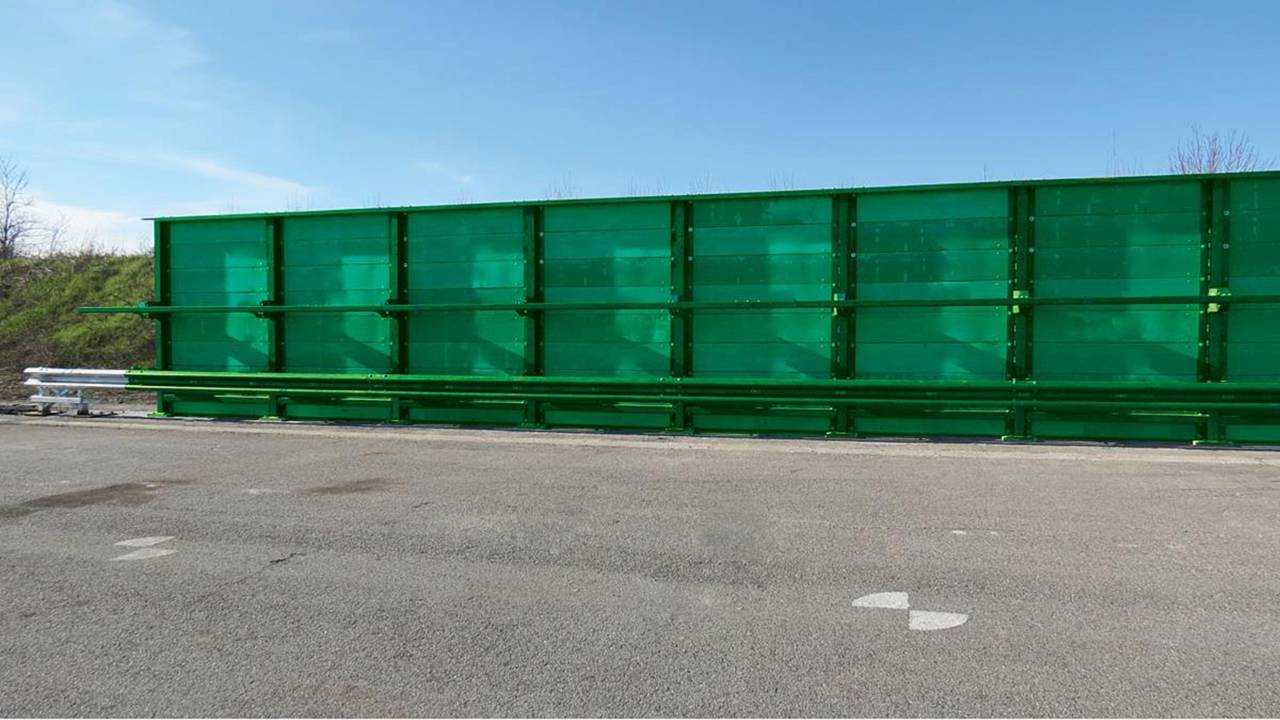 First "noise barriers" will be built on the M1 in Yorkshire.

A pioneering "noise barrier" will be built on a section of the M1 in Yorkshire to reduce the noise pollution created by the motorway.

Scheduled for erection at the Denby Dale junction (J39), near Wakefield, the barriers will be the first of their kind in the UK, offering local residence some shelter from the noisy motorway as well as acting as a crash barrier.

Four sections of barrier will be built this winter on the carriageways and the entry slip roads, with three of the sections standing three metres tall. The other, smaller section will be 1.85 metres in height.

All four barriers will be constructed away from the site, which Highways England says will reduce the impact of weather on the work and make the site safer by reducing the number of vehicles.

However, the authority, which is in charge of England’s strategic road network, says it will have to close the hard shoulder and the inside lane of both the north- and south-bound carriageways, as well as the inside lanes of the northbound exit slip road and southbound entry slip road. A temporary 50 mph speed limit will be enforced “for safety reasons.”

Highways England’s project manager, Sujad Hussain, said: “There has been a long standing issue of noise from the motorway at this location, and by installing four sections of barrier we will be able to improve noise levels for residents living nearby.

“We are planning to start work in November but before then we will be holding a drop-in session in September for people to find out more about the work. I would encourage people to come along and ask the project team any questions they may have about the barrier and the work that is planned.”