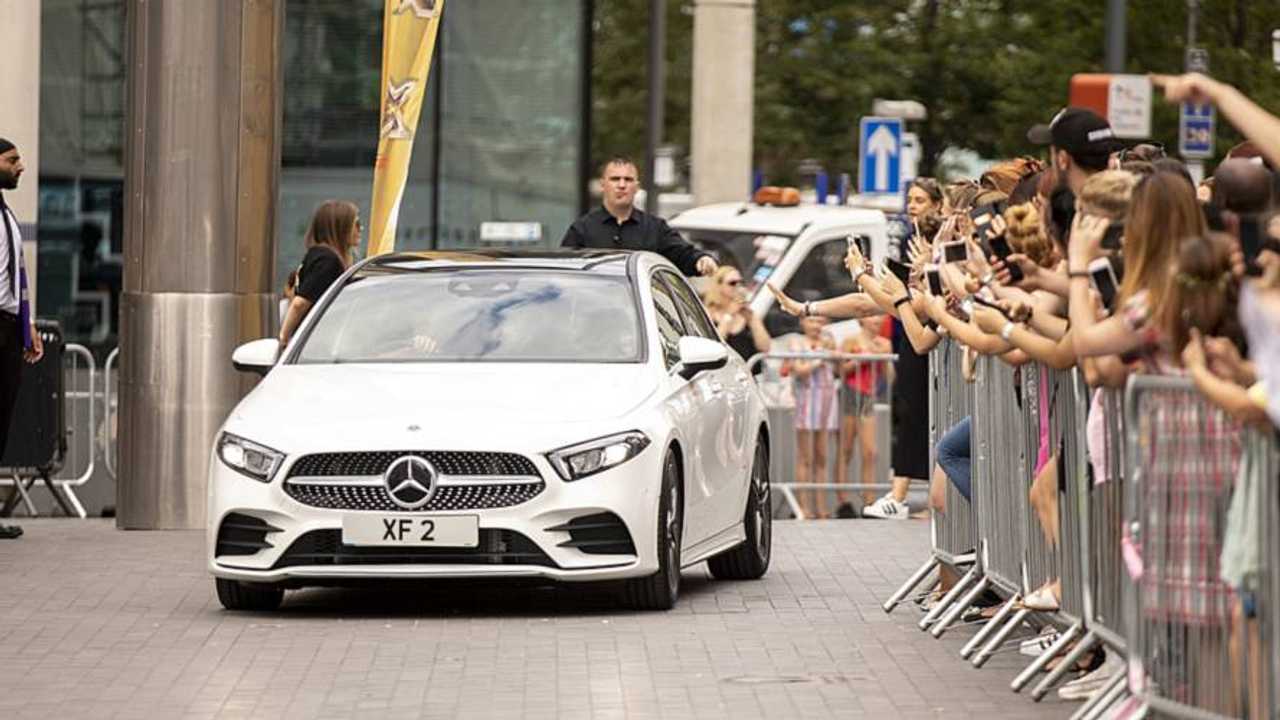 Recently revealed hatchback was used to ferry the show's judges to the venue.

Mercedes-Benz’s new A-Class hatchback has found itself a starring role in one of Britain’s favourite reality TV shows.

Two examples of the recently launched five-door hatch were used to ferry the X-Factor’s judging panel, which consists of Simon Cowell, Louis Tomlinson, Robbie Williams and Ayda Williams, to the arena auditions during last night’s show.

The Grand Tour is the UK's second-most streamed TV show
⠀

The vehicles were seen cruising up the red carpet in front of thousands of X-Factor fans, all of whom were clamouring to see the famous faces ahead of the TV recording.

Footage was also captured from inside the vehicles, giving viewers a sneak peek of the stars’ journeys to the venue.

The vehicles were featured as part of a “integrated automotive partnership” with the show’s broadcaster, ITV.

Rob Halloway, Mercedes-Benz’s marketing director for the UK, said: “The X-Factor is an annual entertainment treat - it offers people a lively debate in homes, offices and schools across the country. We thought it’s the perfect opportunity for the new A-Class; one of its many technological highlights is MBUX – Mercedes-Benz User Experience - which allows you to have a conversation with it by simply saying ‘Hey Mercedes’.”

Claire Heys, ITV’s brand partnerships and content director, said: "We're able to offer brands some really innovative and creative ways to be integrated with ITV's biggest programmes and this partnership with Mercedes-Benz and The X-Factor is a fantastic example of that. As ever, this year's X-Factor looks set to be must-watch TV and we're delighted to have Mercedes-Benz as part of Sunday's programme.”