A few extra horsepower can really make a big difference.

We’re obviously in the business of reporting on everything relating to cars, and that includes reviewing the latest models. Naturally, automakers want to woo buyers into dealer showrooms for new purchases and bumping up engine power is almost always part of that new-car sales recipe. Figures are released, usually along with some performance stats showing the car is indeed 0.2 seconds quicker than the old model, and the world moves on.

Get to know the Audi RS3

Audi RS3 Production Temporarily Stopped For Europe Because Of WLTP

2018 Audi RS3 First Drive: As Potent As Performance Compacts Get

But what does that increase in power really look like? Reading numbers is one thing, but line up two cars racing at speed and suddenly that difference has a strong visual presence. AutoTopNL on YouTube put three cars together – or rather, put the speedometers together – to visualise this time spread. To make it even better, the video features the evolution of the Audi RS3, from the first-generation car making 340 horsepower to the most recent facelifted model making 400 hp.

It’s not quite as thrilling as watching the cars racing head-to-head-to-head, but the speed comparison still gives us quite a visual reference for which to compare the cars. Things start out pretty close but the disparity between the three Audis grows quite rapidly. Just three seconds into the run and the latest RS3 is already 10 km/h (6 mph) faster than the first-generation car. 10 seconds along and the gap widens to 21 km/h (13 mph) between slowest and fastest. By the time the first-gen RS3 reaches 200 km/h (124 mph) the second-gen car with 17 more hp is going 216 km/h (134 mph) and the 400 hp RS3 is chucking along at 228 km/h (141.7 mph).

Yes we’re rattling off more numbers, but it’s a nice change-of-pace to have a direct comparison like this to show just how much of a difference you get in cars with relatively similar levels of power, especially at higher speeds. Watch the video to get the visual perspective of how this all breaks down. 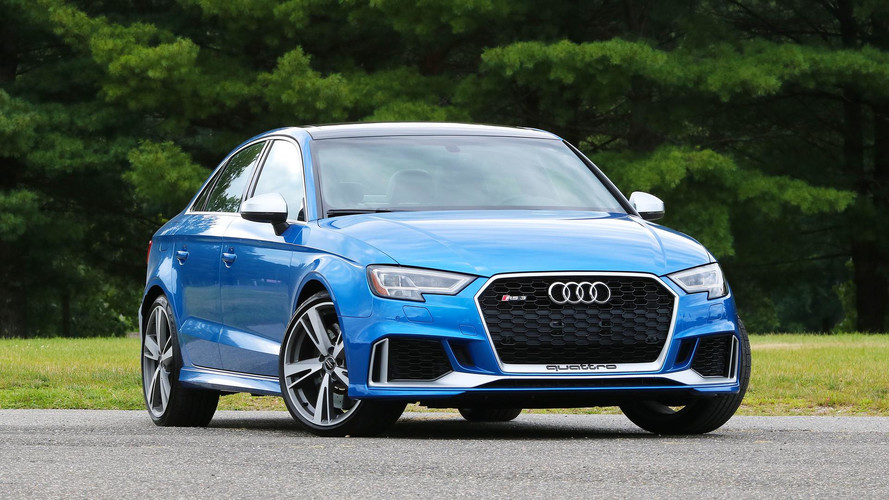 Audi RS3 By ABT