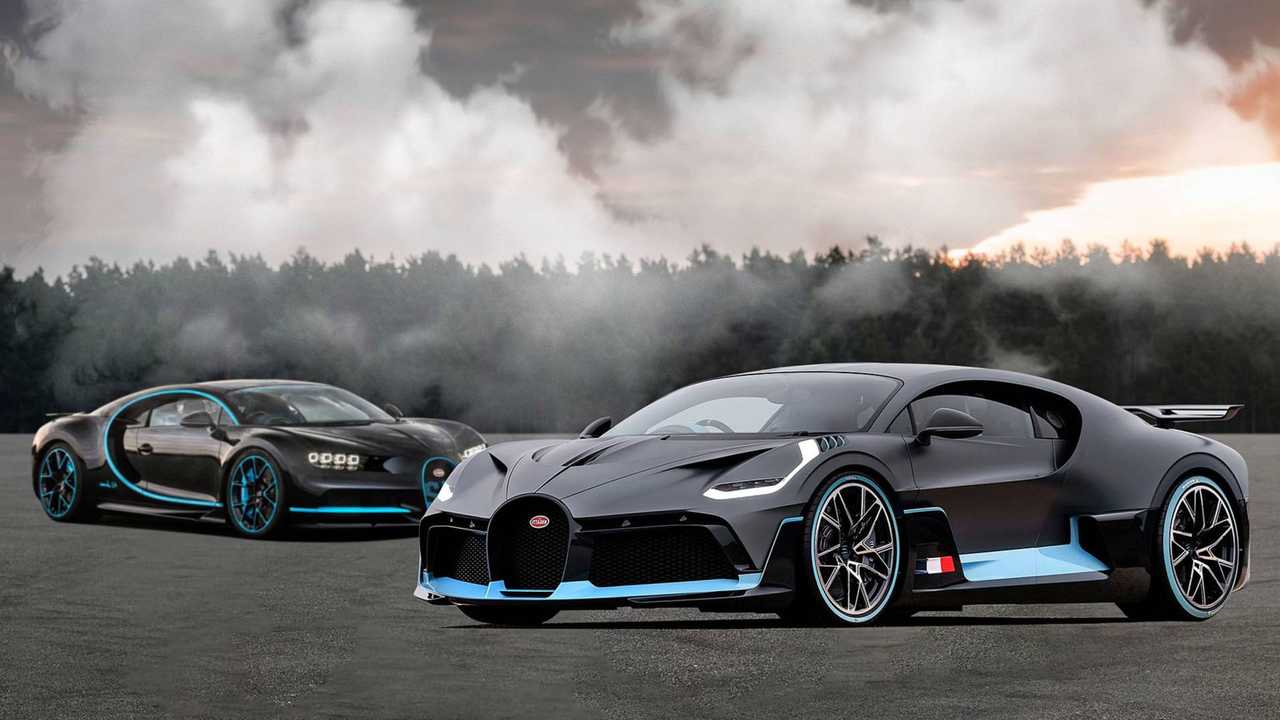 How different is the Bugatti Divo compared to the Chiron?

In California, during Monterey Car Week, Bugatti unveiled its exclusive new hypercar, the Divo. This car is beyond comprehension, with incredible performance, and a price of £4.48 (€5 million). Bugatti is building just 40 examples, and they’re all sold. The Divo is an evolution of the Chiron, trimmed and redesigned for the track even though they share the same platform and powertrain. Dive in to read how the two differ.

There’s a noticeable difference in design with the Chiron wearing less aggressive sheet metal. The Divo’s lines are sharper – more sinister; however, don’t let the Divo’s look fool you. It’s more of a remodelled Chiron than a new offering. If you look closely, you can see the two share the same proportions.

To give the Divo its unique appearance, designers added unique headlights, a revised lower front fascia, a new bonnet, beefier rear spoiler, different taillights, and different side skirts. The new additions give the Divo an aggressive stance, which hints at its increased track performance.

While the two look different, do those differences justify the price?

Hoping the Divo’s high price tag would include a unique interior to match the car’s exterior styling is an act of futility. The two share the same interior except for the seats and a few other small details. Yes, the Divo’s interior is gorgeous with a few unique touches that add some eye-catching trim pieces; however, it’s not as unique as you’d expect for a £4.48-million hypercar.

If you dig underneath the Divo’s sheet metal, you’ll discover the same quad-turbocharged 8.0-litre W16 engine producing the same 1,500 horsepower. This isn’t a surprise. The W16 powertrain is powerful – powerful enough for the Divo’s track aspirations.

While the Chiron is about speed, the Divo is about turning that speed into agility. The Divo is eight seconds faster around the Nardo circuit than the Chiron. That’s a massive improvement. Engineers modified the chassis – suspension, camber, etc. – while reducing weight by 34 kg. However, it still tips the scales at 1960 kg.

The difference between the Chiron and Divo are minor – at least on paper. However, it’s what we can’t see that separates the two. The Divo, with its added aerodynamics and improved chassis, carves the track in a way only the Chiron could wish was possible. But does that justify the £4.48 million price tag? It doesn’t matter. All 40 have a home, meaning people shelled out the cash.

Then there’s the Chiron Sport – 18 kg lighter than the standard Chiron – with a reworked chassis and upgraded suspension. It circles the Nardo three seconds slower than the Divo – and also cost just £4.48 million. The differences are even smaller – but the Chiron has nothing on the Divo in the looks department.