Audi to withdraw from World Rallycross 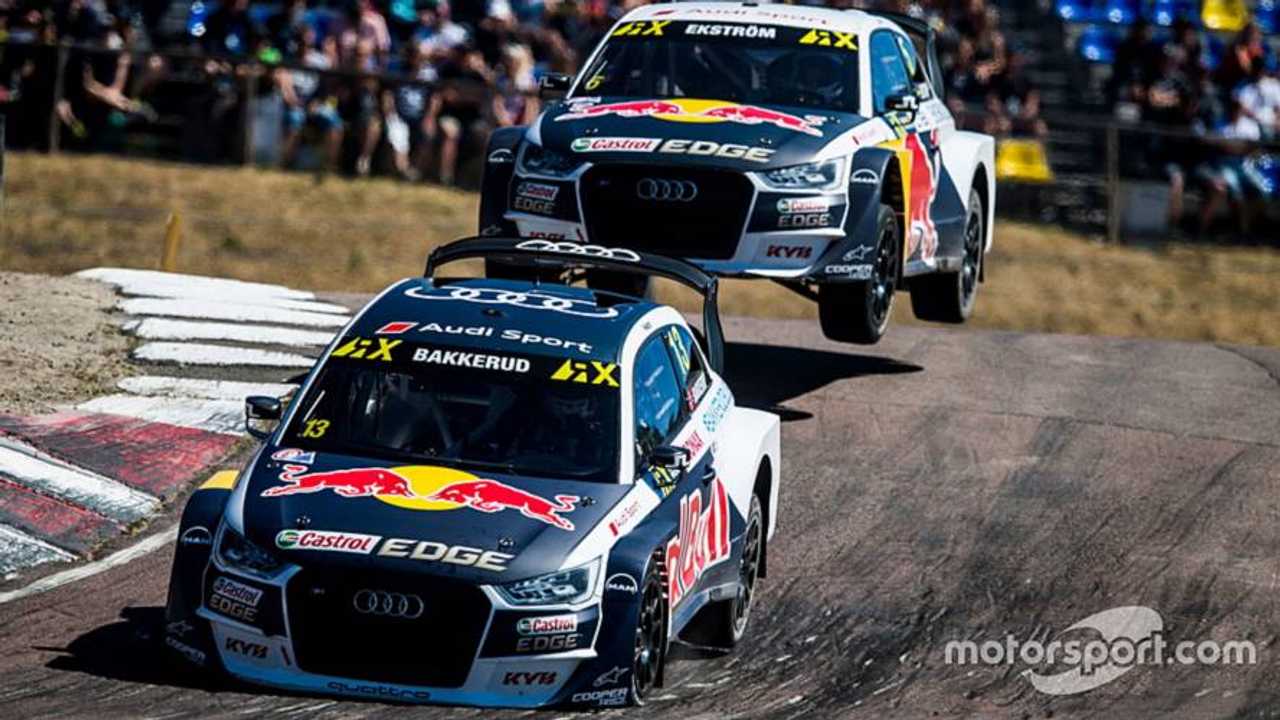 Audi will end its World Rallycross programme at the end of the season and won’t participate in World RX’s switch to electric cars in 2021.

Following the announcement on Wednesday that Audi will focus on Formula E and DTM next year, Head of Audi Motorsport Dieter Gass has told Motorsport.com that the German marque is drawing an end to its support for Mattias Ekstrom’s EKS team’s rallycross World RX programme.

Audi gave blessing to Ekstrom’s EKS squad when the Swede’s team first entered World RX in 2014 with its Audi S1 Supercar, before joining forces as a full factory-backed effort for last year.

Audi has also been heavily involved in Technical Working Group discussions surrounding the switch to electric cars for World RX (which has been postponed until 2021), but will leave the sport after the final round in South Africa in November.

“Basically, we will not take part with a factory involvement in future rallycross,” Gass told Motorsport.com. “We have decided to carry on Formula E and DTM and at the end of the day it’s a matter of the amount of big programmes that we can afford and work on at the same time.”

Gass says that Audi’s commitment to DTM, at board level, is the reason for dropping its World RX effort.

“We are involved in Formula E so we already do have a programme in electric motorsport, even though we were very interested in the EWRX, [but] at the end of the day it came very much down to a choice between DTM and EWRX,” he said.

“For us as a return of investment and the broadness of what we cover in terms of [internal] combustion traditional motorsport and electric motorsport this was the better compromise.

Audi’s commitment to DTM is under the prerequisite that three manufacturers race in the German championship in 2020.

Gass hasn’t ruled out a re-evaluation on electric rallycross in future. “I never say never. I still think rallycross is a very interesting concept, we will keep on looking at it and then we will make a decision. Obviously it’s too early to say yes we will, but we will keep an eye on the situation for sure.”

Gass is currently in discussion with Ekstrom as to how or if the two parties will continue to work together in future. It’s understood that EKS hasn’t yet decided if it will continue in World RX next year.

EKS’ second driver, Andreas Bakkerud, joined the team after Ford withdrew from World RX last season. Gass says he has been impressed by the 26-year old and is interested in talking to the former European Rallycross Champion about a future cooperation.

“I really appreciate the work we have done with Andreas and his performances we have seen,” said Gass. “If there is anything we could do, I would love to carry on working with him.”