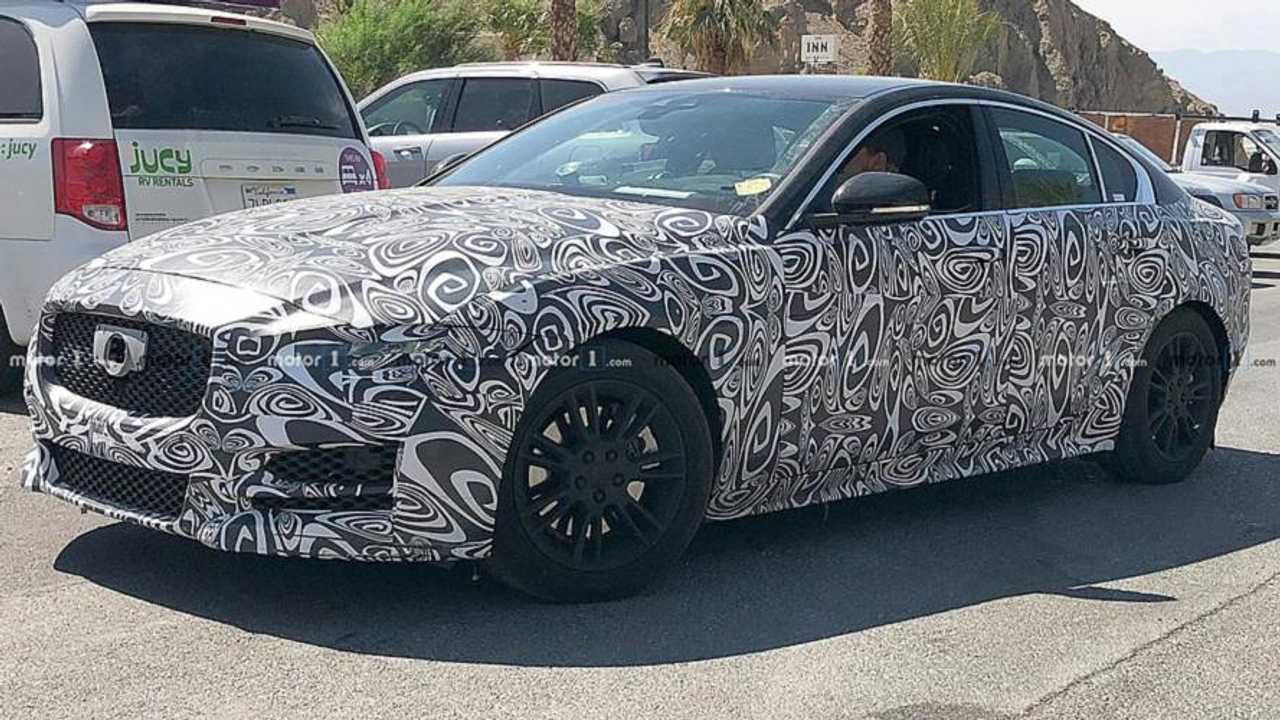 Jaguar doesn't seem to change much, but the engineers wrap the saloon in camouflage anyway.

Jaguar's engineers are preparing some upgrades for its XE saloon, and these photos are our first look at it. The company doesn't appear too keen about revealing much of the design because this car wears camouflage across the entire body, except for the roof.

Get The Scoop On The Jaguar XE

What Is Jaguar Cooking Up With This XE S Prototype?

Despite the significant concealment, it doesn't appear that the design actually changes significantly. There are slight changes to the front fascia like slightly smaller intakes in the corners. The company even covers all but a tiny slit of the headlights with camouflage. From the little bit that's visible, there appears a new look for the projectors.

The situation is similar at the rear where Jaguar's team covers everything in camouflage. The design looks identical to the current model. The twin exhausts only fill one of the two cuts in the rear bumper, which suggests this might only be a placeholder piece.

These photos also get a glimpse at the interior, but the engineers' laptop does an admirable job of concealing the changes to the layout. There's a peek at the instrument cluster that tells us the XE would continue to offer analogue gauges on some trims, in addition to the digital version that some versions get.

Powertrain changes for the updated XE are a complete mystery at this point. However, Jaguar just updated the offerings last year with the introduction of its 2.0-litre turbocharged four-cylinder with 296 bhp and 295 lb-ft of torque. The engine allowed the all-wheel-drive-version of the saloon to reach 62 mph in 5.5 seconds. Jaguar also launched a 197 bhp variant of this powerplant.

It's also not clear yet when the updated XE might debut. However, Jaguar Land Rover has plans to refresh its entire product line over the next six years. Given the state of the saloon in these photos, don't expect to wait that long to see the revised XE.