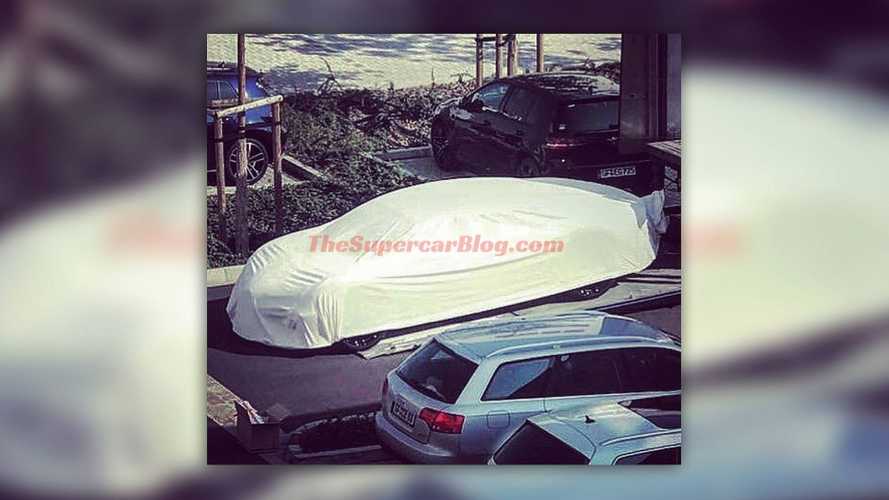 It doesn’t look like a Chiron or a Divo.

Rumours of a four-door Bugatti stretch back nearly a decade when the bespoke automaker unveiled the 16C Galibier concept at an invitation-only event in 2009. It made its public debut the following year at the Geneva Motor Show. Ever since then the idea of a four-door Bugatti would resurface with new speculation that a super saloon was just months away from approval and production. However, it never did. Now, a new photo sent to TheSupercarBlog.com appears to show an elongated and covered Bugatti that could be the long-awaited saloon.

At first glance, it appears the covered Bugatti could be a Chiron or Divo. However, this photo requires closer inspection. The wheelbase looks longer than either of Bugatti's other models, and the rear overhang is noticeable more, too. However, it is hard to discern proportions in a two-dimensional photo At the front, you can see the cover drape around Bugatti’s iconic horseshoe grille – the outline pressing against the fabric.

What’s odd about the car is how short a distance it is from the front bumper to the base of the windscreen. Bugatti positioned the 16C Galibier to be a front-engined supercar. The car pictured here doesn’t appear to have the room up front for a quad-turbocharged W16 engine. The car does have a sloping rear roofline that would be better suited to house such a powertrain. Housing the engine in the rear could help explain the extended rear overhang.

Last year, Wolfgang Durheimer, president of Bugatti Automobiles, spoke with Automotive News saying, "The four-door car is not dead.” He also said the Bugatti would be a one-model brand – and we can see that didn’t stay true. Then again, the Divo rides on the same underpinnings as the Chiron while using the same powertrain. A four-door saloon would require additional engineering to the platform to make room for the second row of seats.

We don’t know what Bugatti has planned, but spotting what appears to be a four-door model under wraps is only going to fuel speculation. In that interview with Automotive News, Durheimer said the Chiron would have an eight-year lifecycle. If the company remains a one-model brand, it could still be a few years before we even see a concept.