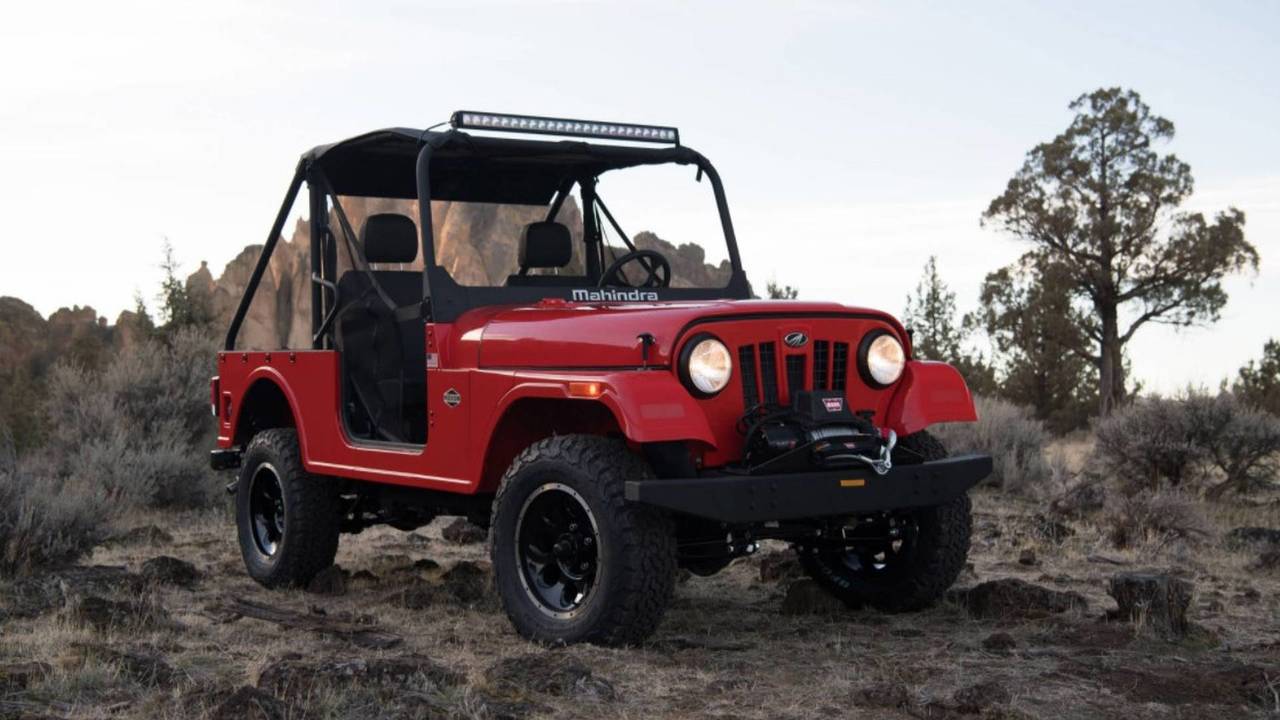 FCA thinks the Roxor looks too much like an old Jeep.

FCA is trying to block Mahindra from selling the Roxor side-by-side in the United States, but the Indian automaker is fighting back by claiming it already has permission to create a vehicle that looks like an old Jeep CJ.

Mahindra Roxor Channels Original Jeep CJ, Is Made In The U.S.A.

"The relationship began in the 1940s with the original agreement with Willys and continues to this day, with the most recent agreement executed with FCA (then Chrysler Group LLC) in 2009," Mahindra told The Drive. This agreement reportedly allowed Mahindra to build the vehicle as long as Chrysler approved the grille design. The American automaker allegedly consented to Roxor's five-slot front end at the time.

In India, Mahindra still holds a license to build a vehicle that looks a lot like the Jeep CJ that it calls the Thar (pictured above). The vehicle even has Jeep's trademark seven-slot grille.

FCA filed a complaint over the Roxor's design with the U.S. International Trade Commission in early August 2018. The American automaker cited the Mahindra's "boxy body shape with flat-appearing vertical sides and rear body ending at about the same height as the [bonnet]" as the reason for the grievance.

Mahindra plans to produce all the components for the Roxor in India and then ship them as kits to the United States for assembly at a factory in Auburn Hills, Michigan. The little vehicle is not road legal in the United States. Instead, the Roxor fits in the side-by-side class of utility vehicles for getting work done at places like farms and ranches. The 2.5-litre four-cylinder turbodiesel produces 62 bhp with 144 pound-feet of torque. The only available drivetrain combines a five-speed manual and two-speed transfer case with part-time four-wheel drive. The top speed is only 45 miles per hour, but the little machine can tow 1,543 kilograms.