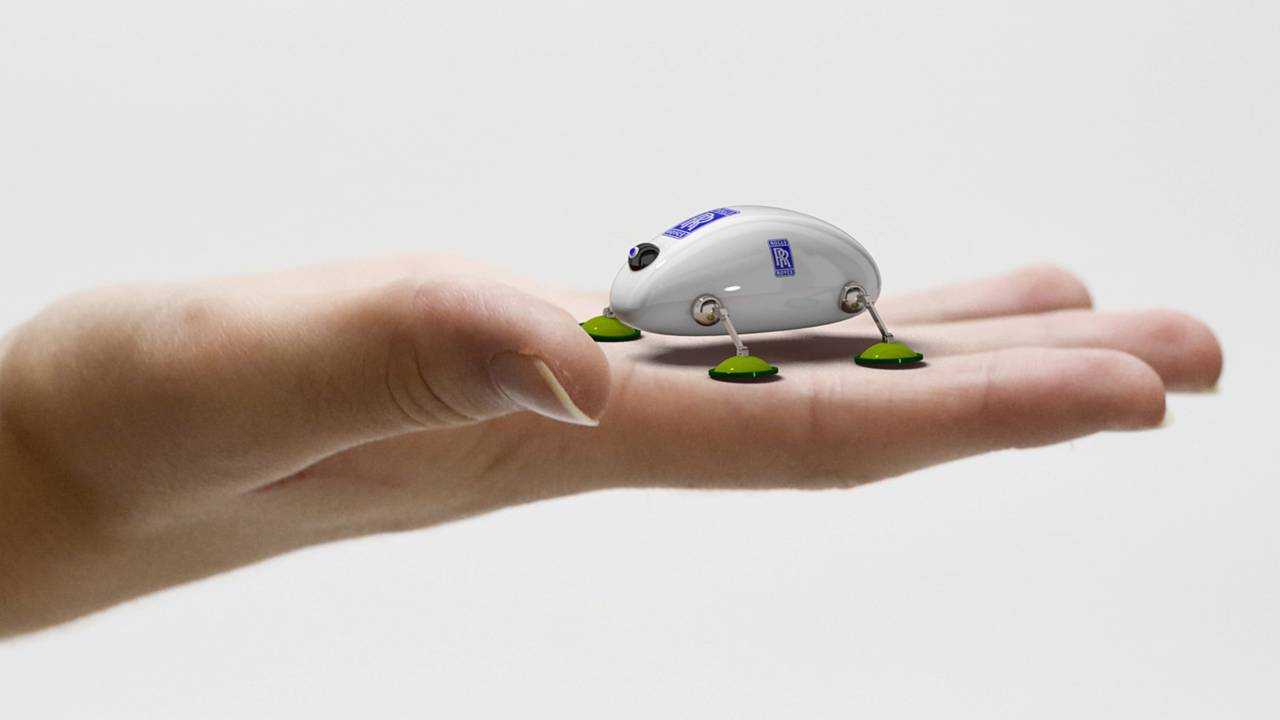 Tiny robots will be used to make aero engine inspections faster and cheaper.

Aircraft engine manufacturer Rolls-Royce has created tiny robots that will one day be able to inspect engines by crawling through their inner workings.

The company, which parted ways with the car manufacturer of the same name in 1973 due to financial problems, has teamed up with academics from the Wyss Institute at Harvard University to create the minute ‘swarm’ robots.

The cutting edge of technology

Toyota says its new battery technology is a game-changer

Between them, the two organisations have already created small, spider-like robots, but the aim is to scale them down to around 10 mm in diameter before letting them loose inside an engine.

Once the robots have been deposited in the centre of the power unit by another endoscope-like ‘snake’ robot, Rolls-Royce hopes they will crawl through the hard-to-reach parts of the engine and send a live video feed back to the operator.

The idea is that this technology will allow engine inspections to be carried out more rapidly and without the need for it to be removed from the aircraft. This could reduce the cost of engine maintenance and reduce the amount of time the aircraft spends out of service for maintenance.

Sébastien de Rivas, a research fellow at the Wyss Institute at Harvard University, said: “We can use this small-scale robot to achieve tasks in confined spaces that usual robots can’t do. One of the great things with having such a small robot is that we can start to play around with engine inspections.

“It’s still a bit too big, but in the future we’re hoping to scale it down, but when we achieve this we’ll be able to insert it inside engines using very fancy snake robots so that we can insert a certain number of them and use this collective behaviour to achieve inspection tasks in a much more efficient way.”