It's incredibly stunning to behold.

Catching pre-production cars testing in public is one thing, but it’s not often we catch sight of a radical concept car outside the halls of a major auto show. However, that’s exactly what happened with this decidedly futuristic concept that photographers captured in Warsaw. Autogaleria.pl was in the right place at the right time, much to the dismay of officials on-hand who tried to chase the cameras away before moving and covering the car.

These Renault concepts are interesting 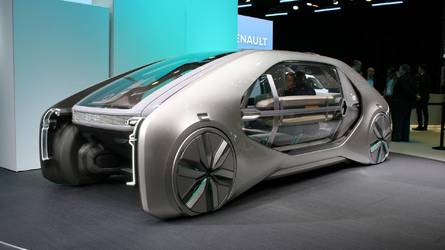 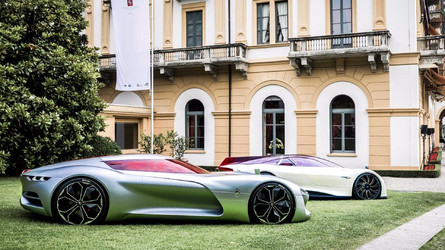 How do we know it’s a Renault? Aside from the report at Autogaleria.pl, we can see the automaker’s crest on the side of the shooting brake-esque concept. It also appears to be fully functional, or at least able to drive around under its own power with a few neat options wired up. In one of the photos we can see LED taillights brilliantly lit, and we also see a massive gullwing door open. 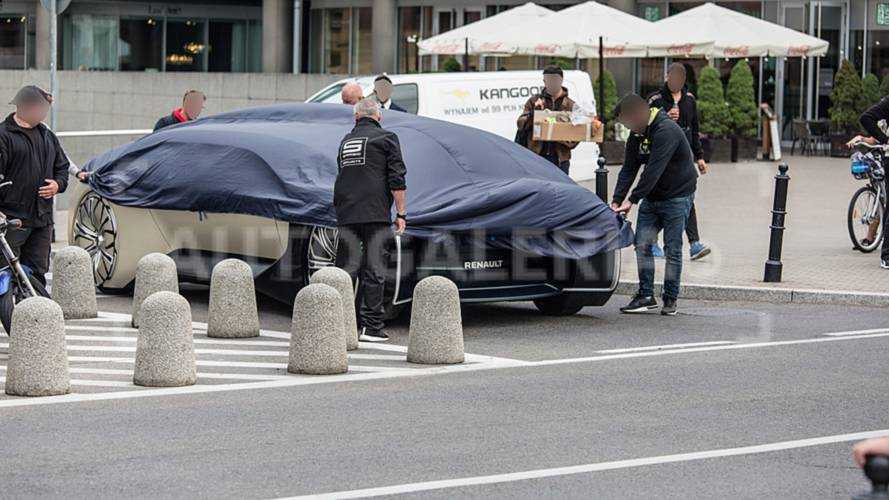 Why is this car out in public? Cameras and filming equipment were also in the area, suggesting Renault was out on a photo and/or video shoot for this concept car, presumably for an upcoming reveal. The specific location in Warsaw is the Warsaw Metropolitan, which apparently is rather photogenic and a popular destination for nabbing some artful shots. Considering just how sweeping and futuristically elegant this concept looks, it seems like an appropriate setting. 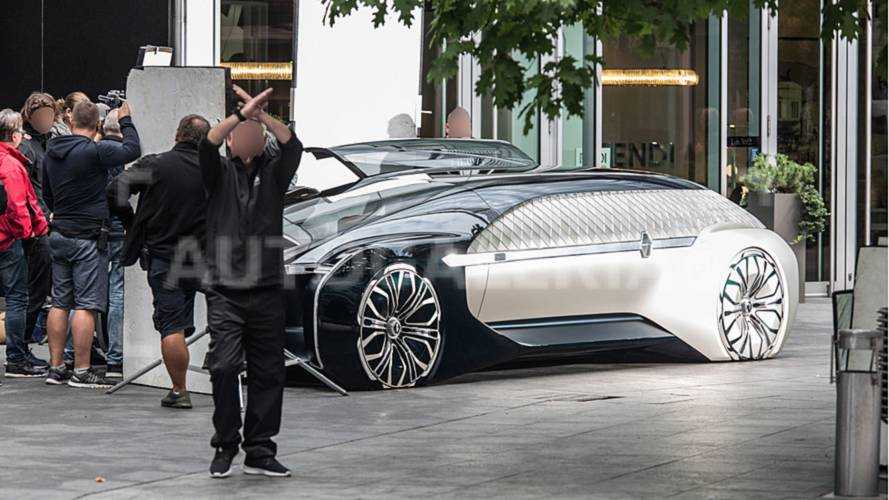 We know nothing about the concept car, but it could offer a glimpse of Renault’s long-term design strategy. We can’t help but notice a slight resemblance to the automaker’s EZ-GO concept that debuted earlier this year at the Geneva Motor Show. It was billed as an electric autonomous concept suited for urban use, and this new Renault machine seems to borrow the same shade of silver, not to mention the wheel cover design. Whereas the EZ-GO focused on a rather barebones ridesharing platform, we can’t help but think this new concept leans more towards luxury and touring.

With Renault actively out and about getting photos of this new concept, it’s quite likely we’ll see it officially revealed at one of the major auto shows happening in the next few months. The Paris Motor Show in October the likely candidate.