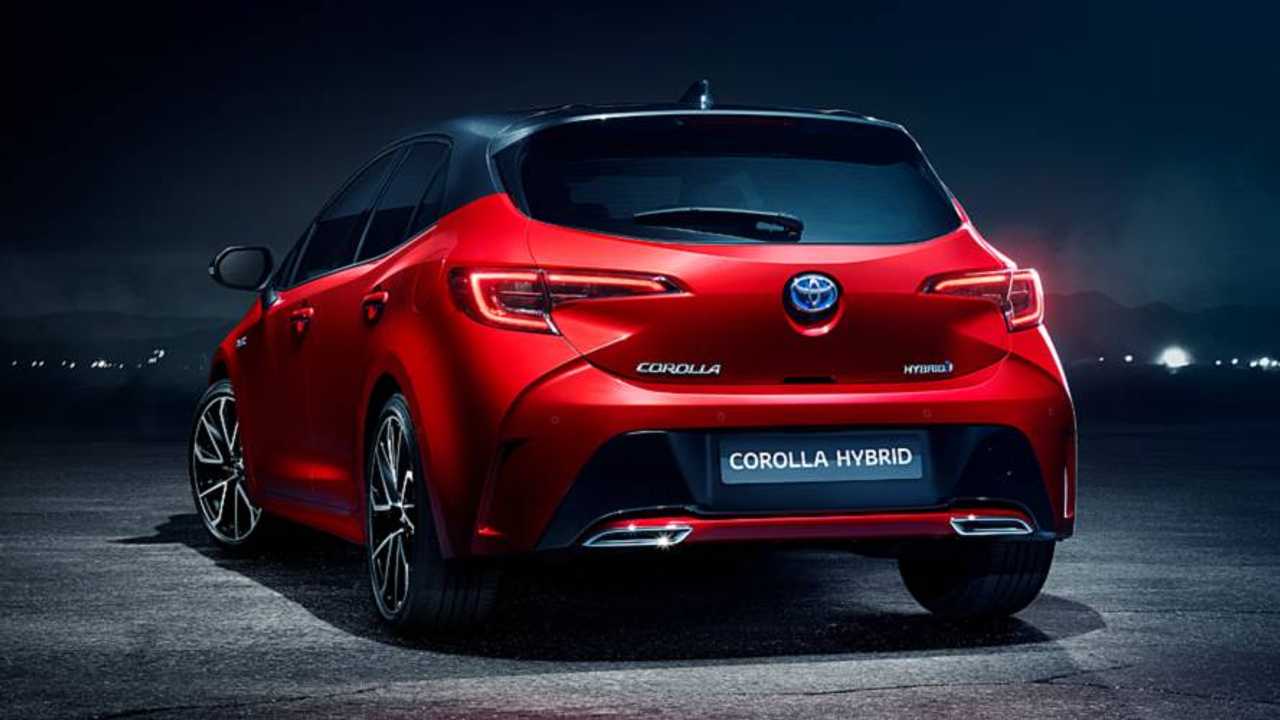 Corolla name is back, but at the expense of the Auris.

The famous Toyota Corolla nameplate will return to the UK in 2019 to once more adorn the Japanese brand’s compact family cars.

Find out more about the Corolla's predecessor

Replacing the Auris, which has been with us since 2006, the Corolla will be based on Toyota’s new TNGA vehicle architecture, allowing the company to offer its customers hatchback, saloon and estate variants of the Golf rival.

Under the bonnet, Toyota has revealed that the newcomer will get “the latest” hybrid technology although there’s no indication of exactly which engines will be offered.

The US version of the 2019 Corolla was unveiled at the New York show earlier this year, and the European-spec car isn’t expected to deviate too far from the car displayed there. Toyota UK’s image shows the same bold rear end with smart tail lights and Toyota’s now-trademark X-graphic in the curve of the bumpers. That car’s sizeable rear spoiler appears to have been removed, though.

“The TNGA engineering and design philosophy brings a whole new dimension to our next generation C-segment models,” said Dr Johan van Zyl, CEO of Toyota Motor Europe. “Adding to Corolla’s renowned quality, desirability and reliability, it delivers the more emotional values that our customers aspire to, such as a distinctive design, interior refinement, rewarding driving dynamics and powerful yet efficient hybrid electric powertrains.

“There is no better moment than the launch of the upcoming new generation model to reintroduce the Corolla name to our C-segment hatchback and wagon.”

After its long sabbatical, the European-spec 2019 Corolla will be revealed at the Paris Motor Show on October 2, appearing in both hatchback and estate form with hybrid powertrains.