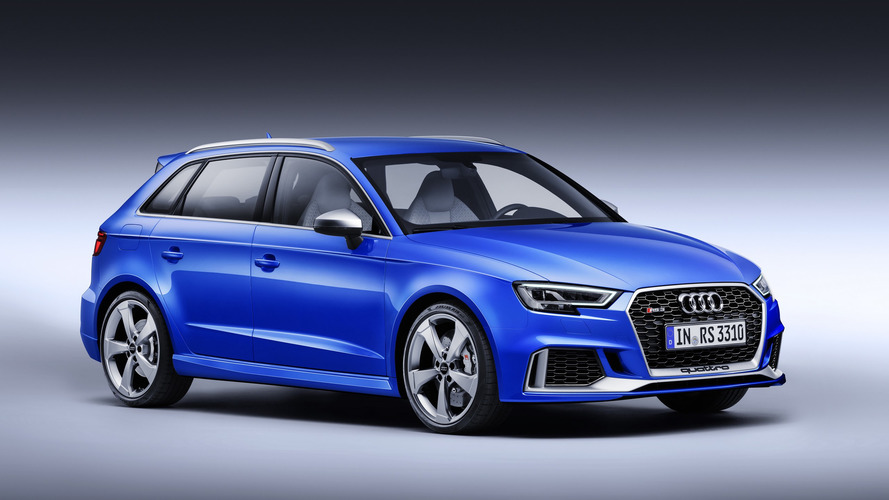 Both the Sportback and Saloon are on a hiatus.

It’s safe to say the forthcoming Worldwide Harmonized Light Vehicles Test Procedure is giving the Volkswagen Group a lot of headaches. We’ve seen models from the VW core brand, SEAT, and Porsche being affected by the switch from NEDC to WLTP, and now it looks like Audi is having some troubles as well.

Our colleagues at Car Advice got in touch with the automaker’s local division after one of their readers noticed the RS3 was missing from the online configurator. The reason why it’s MIA is because production of the RS3 Sportback and RS3 Saloon has been temporarily stopped for countries with EU homologation.

This decision also affects Australia, but the silver lining is the Four Rings anticipate production will be resumed at the beginning of next year. Audi is confident availability is not much of a problem – at least Down Under – because the existing stock levels are expected to last for several months.

With the Golf GTI ditching the 230-hp version and the Golf R losing 10 horsepower in order to become WLTP-friendly, some people are probably concerned Audi might have to fiddle with the 5-cylinder engine to make it eligible for the new test cycle. It’s too soon to say whether the new regime will have a negative impact on the number of ponies delivered by the 2.5-litre unit, which churns 394 bhp and 354 lb-ft of torque.

Outside of the VAG empire, other cars have been impacted by WLTP, with Peugeot having to pause production of the 308 GTi hot hatch while the petrol-fueled BMW 7 Series models are no longer listed in the German configurator. The electrified 740e and 740Le are still available, though.

As a final note, we checked Audi Deutschland’s configurator where the RS3 Sportback and RS3 Saloon are listed as being sold out for the 2018MY. It means customers can’t configure a new car, but Audi mentions already produced vehicles are waiting at dealers.