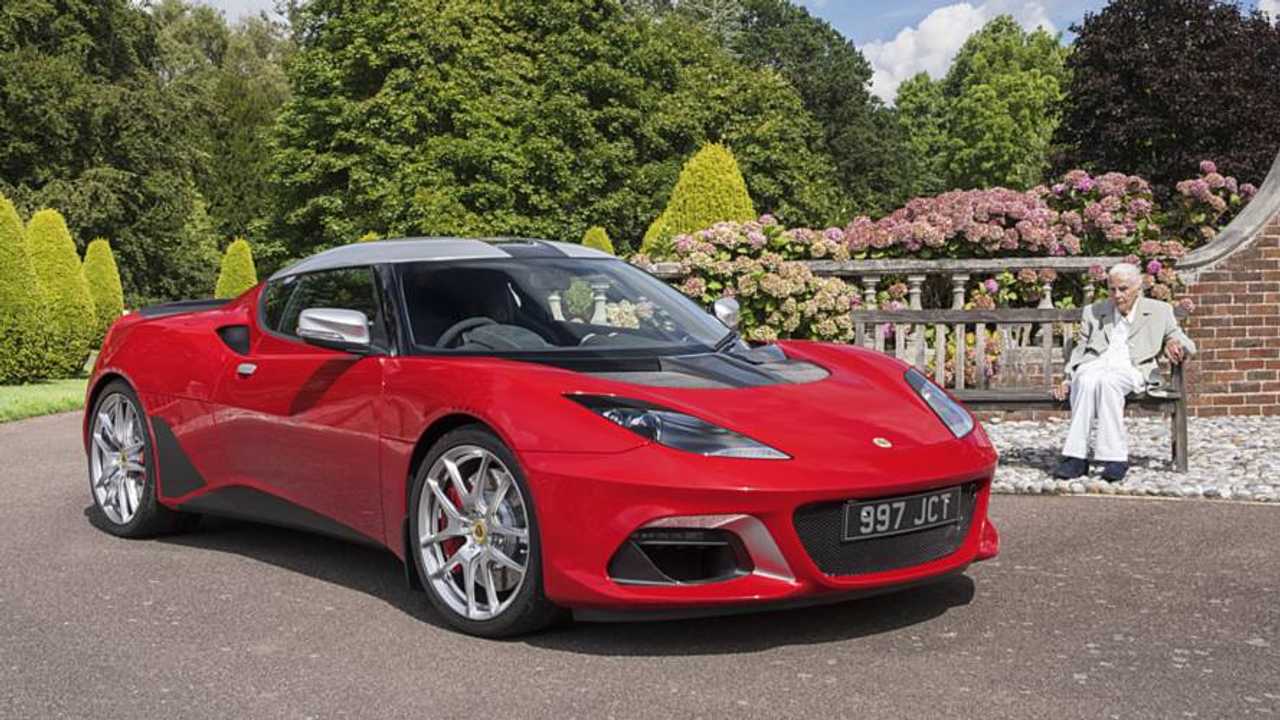 Hazel Chapman has rejoined the firm to celebrate its 70th anniversary.

The widow of Lotus founder Colin Chapman has rejoined her husband’s company to celebrate its 70th anniversary.

Hazel Chapman, who helped establish the Lotus site at Hethel, in Norfolk, has personally approved the company’s 100,000th car as part of the celebrations.

Lotus has a smoke to celebrate 70th anniversary

The Lotus Elise was named after this woman

The landmark car – a Jim Clark Trust special edition Evora GT410 – is a one-off vehicle hand-built at the factory and will be given away as a competition prize. The Jim Clark Trust, which was set up in honour of the legendary Scottish racing driver who sadly died at the wheel of his Lotus race car 50 years ago, has launched the competition to raise funds for its new museum.

Hazel, who became Lotus’ first investor when she loaned her then-boyfriend Colin the £50 he needed to establish the company, said she was honoured to see the way his company had grown.

Since Colin and Hazel re-engineered an Austin Seven in 1948, the couple’s company became better known and moved to the Hethel site, which Hazel helped design. Today, the company builds a range of high-performance sports cars, including the Evora and Exige.

Reviewing the 100,00th car with her son, Clive, Hazel said: “Seventy years ago, I never dreamt that there would be a 100,000th Lotus. I’m immensely proud of the company and Colin’s legacy. Today Lotus still builds such fantastic sports cars and I’m touched to be able to see this car.”