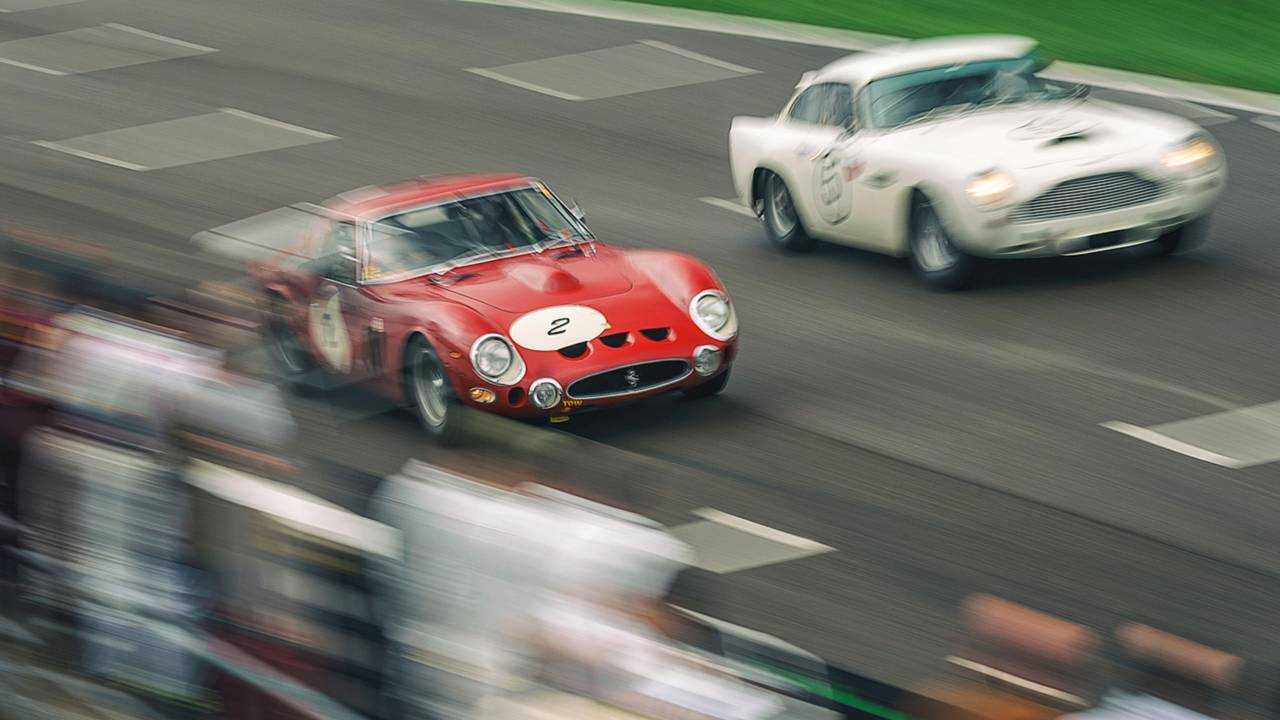 The Kinrara Trophy is set to be the world’s most expensive motor race ever.

This year’s Goodwood Revival is set to host one of the world’s most expensive motor races ever, the event’s organisers have said.

On Friday, September 7, 30 pre-1963 GT cars will sit on the grid ahead of the Kinrara Trophy, with a combined total value of almost £200 million.

Goodwood is no stranger to dramatic action...

Are Motor Shows Dead As Venues Like Goodwood FoS Pave A New Way?

See the 8 biggest crashes and close calls from Goodwood

The race itself is a 60-minute event that runs through sunset and dusk to mimic a long-distance endurance race.

Only closed-cockpit GT cars with an engine size of three litres or more are allowed to compete.

On the grid will be 10 Ferrari 250 GT SWBs, as well as four Aston Martin DB4 GTs and a host of Jaguar E-Types. A pair of AC Cobras are also expected to race, alongside a Maserati 3500 GT.

The Duke of Richmond said, “It is fitting that as we celebrate the 20th anniversary of the Revival, we have put together the most valuable Kinrara Trophy grid ever. As a boy I watched these cars race at Goodwood when they were new and could not have imagined how valuable cars like the Ferrari 250 GT SWB would be today. This year we have 10 of them in the Kinrara Trophy, and that’s only a third of the grid.

“Most would expect to find cars of this value locked away in a garage or museum. But at the Revival you will find them racing into the dusk, headlights blazing, and brake discs glowing as they roar around one of the fastest and most demanding circuits in the UK. It is a thrilling and unforgettable experience for spectators, and a nerve-tingling one for the owners and drivers. It truly is one of the greatest spectacles in motor racing and I look forward to seeing you all there.”