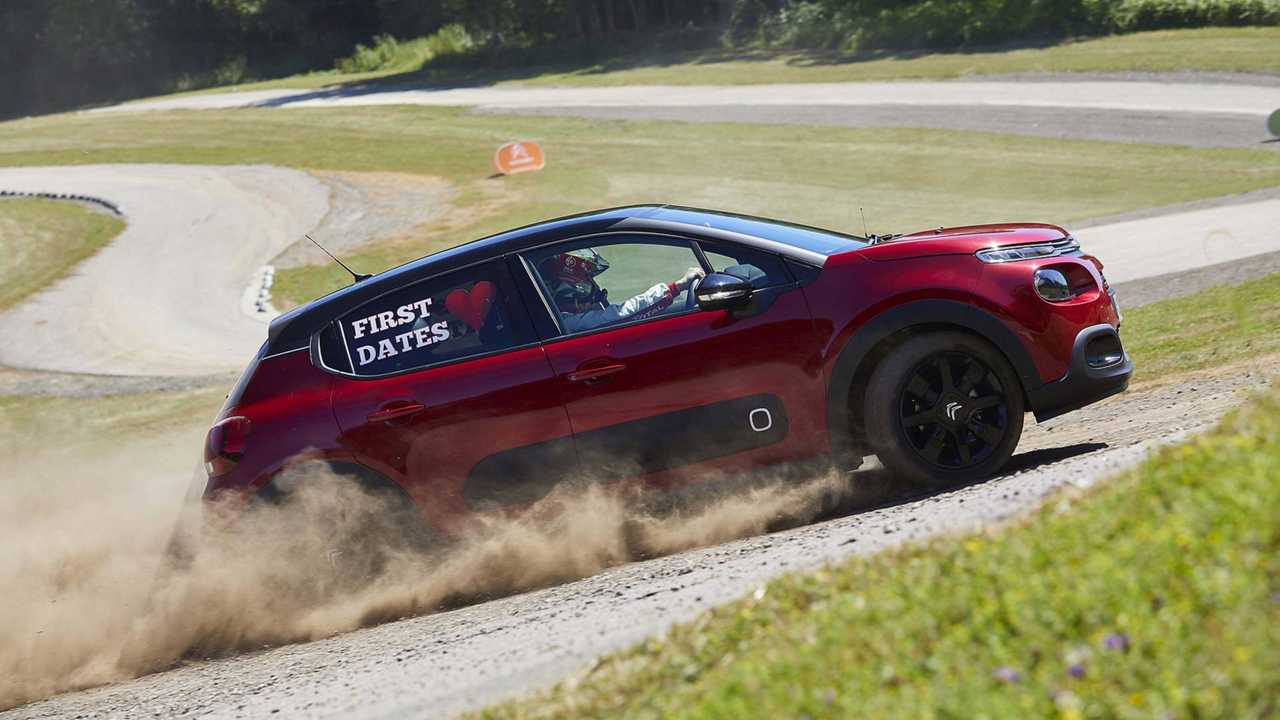 There's speed dating, and then there's this...

Citroen has brought a new meaning to the term ‘speed dating’ by sending three blind date couples around a rally stage at high speed.

Are Citroen's cars a match for class leaders?

As with the TV show, the three couples were chosen by the First Dates casting team and were matched according to their values interests and personalities before attending the event and Brands Hatch.

The dates were introduced, before getting into the C3 and being driven around the gravel circuit. On-board cameras, including the car’s own ‘Connected Cam’ dashcam housed in the rear-view mirror, captured the action as Breen slid the car through the corners and the couples were thrown around in the rear seats.

After the drive, the couples were treated to a crepe served from an old Citroen H van by First Dates waitress CiCi Coleman.

The dates were documented in their entirety and broadcast on YouTube, complete with a studio segment at the end to find out whether the couples would like to see each other again.

Citroën UK’s marketing director, Souad Wrixen, said; “The partnership between Citroën and First Dates is a perfect match, as we share so many of the same values. We were keen to help create a fun new First Dates experience, and with the help of our Citroën C3 WRC driver Craig Breen, and First Dates’ waitress CiCi, we feel we’ve succeeded in giving three couples a chance to find love on dates they will never forget.”