The low-mileage supercar classic still runs under its own power

Having been the world’s fastest production car upon its launch, the Porsche 959 needs no introduction. Only 337 were ever made, but this 1987 example is actually rarer since it’s the Komfort specification of which only 294 cars were built. Even though it’s more than three decades old, the supercar’s odometer only shows 3,657 miles and the interior is in good condition aside from the expected wear of the leather upholstery. 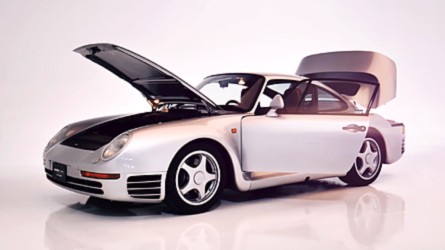 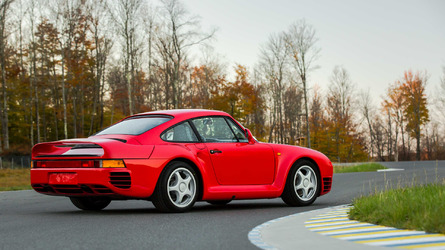 It’s estimated to go for anywhere between £350,000 to £429,000, which is a lot less compared to the very few 959s up for grabs right now in the world. There’s just one problem (actually, quite a few) with the car: the front end needs some serious TLC to get back into shape. Oddly enough, Mecum’s listing doesn’t say anything about what happened to the composite/Kevlar front fascia or at least mention the very obvious damage. 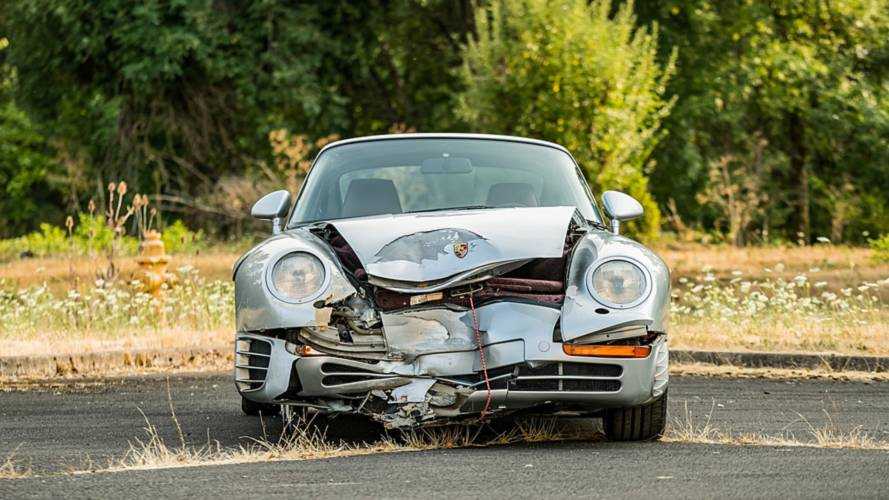 If you have that kind of money to spend on a banged-up 959, you’ll be happy to hear the all-wheel-drive machine is moving under its own power as demonstrated in the video above. That’s because the twin-turbo 2.8-litre engine sits in the rear where back in the day it churned 444 bhp channelled to both axles through a six-speed gearbox. Yes, the gear level only goes up to 5, but look closer and you’ll see a G (after German word “Gelande” meaning “terrain”) for off-roading. It’s essentially a crawler gear used when traction is extremely low, like getting stuck in the mud with your 959. 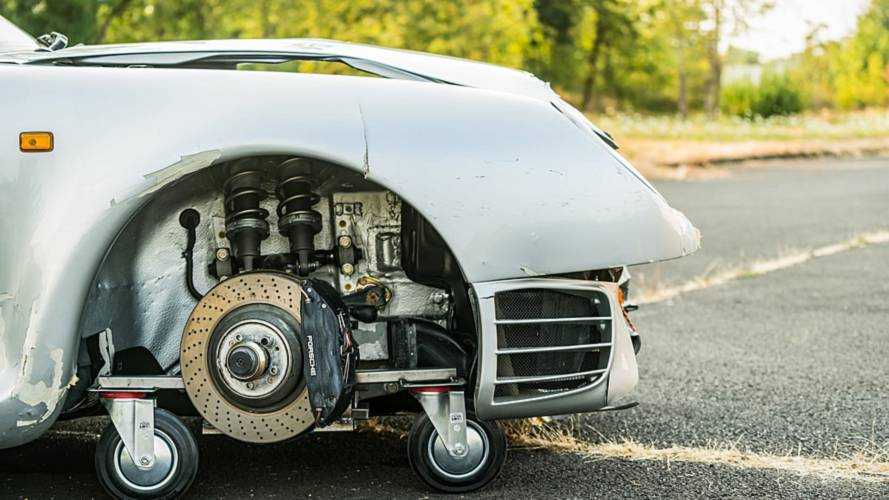 A precursor of the Carrera GT, the 197-mph rocket will be up for grabs later this week in Monterey at a sale organised by Mecum Auctions where the 959 will be the main attraction. The lucky owner will also get the spare wheel as well as the accompanying books and tools. Let’s just hope the rare Porsche will end up in the hands of someone willing to restore the supercar to its former glory.

Canepa is offering a comprehensive restoration package for the 959, but at an eye-watering $750,000 (approx. £584,000), it’s probably pricier than the car itself. There are of course cheaper ways to put this damaged 959 back on the road where it belongs. 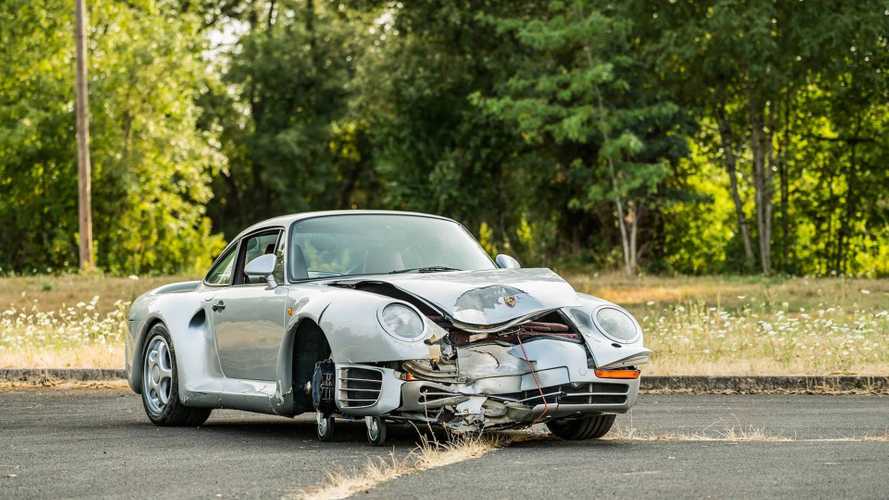