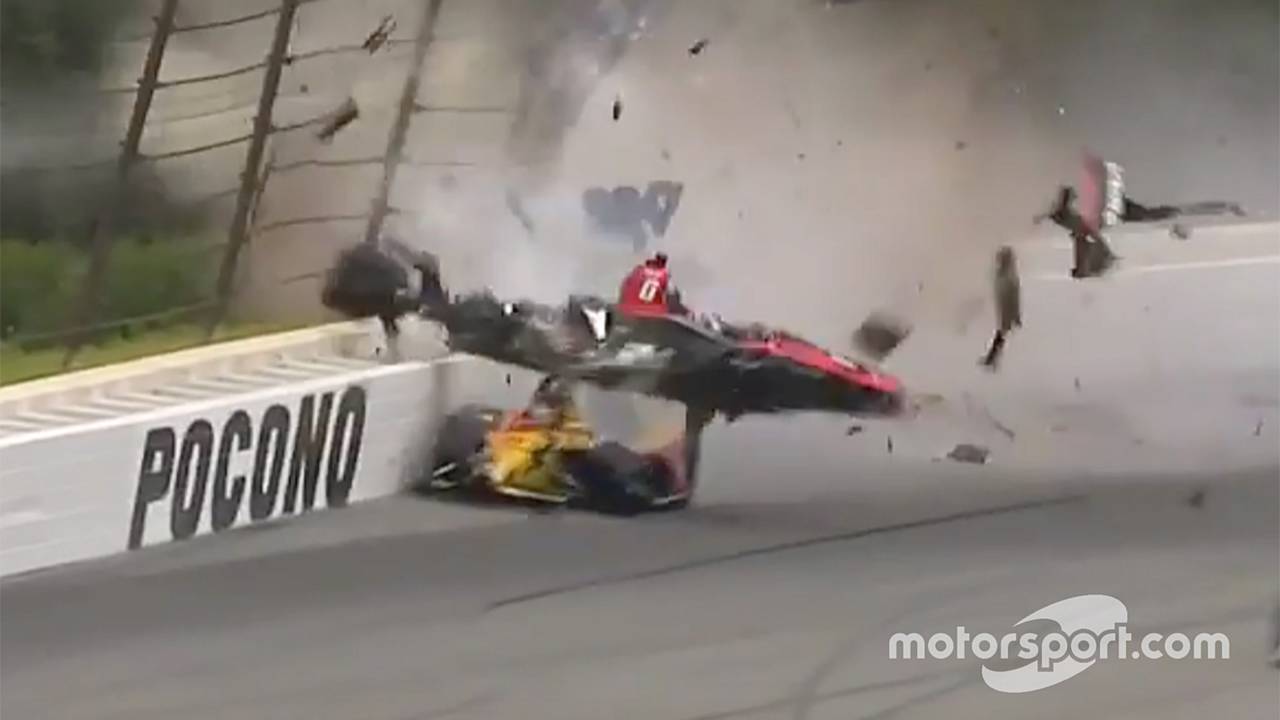 Robert Wickens was awake and alert when he was airlifted to Lehigh Valley Hospital-Cedar Crest after a vicious shunt in the opening laps of the ABC Supply 500 at Pocono Raceway. There are currently no further details of his injuries.

The Schmidt Peterson Motorsports driver was challenging Ryan Hunter-Reay’s Andretti Autosport-Honda for fourth place through Turn 2 when his right-front wheel made contact with the left-rear of the Andretti machine.

The light impact was still enough to push the Andretti car up the track and hard into the wall, while Wickens’ car launched off the the rear of Hunter-Reay’s machine, and spun viciously along the top of the SAFER barrier, tearing up the catchfence and leaving parts of sidepod and a wheel in the fence as it went.

The SPM machine appeared to stay upright throughout, but was shedding debris all across the track, and the race was red flagged. Aside from being awake and alert, there are no further reports on Wickens' injuries.

Other drivers involved included Wickens’ teammate James Hinchcliffe who spun to avoid him but was struck hard by the Dale Coyne Racing-Honda of Pietro Fittipaldi who subsequently reported feeling pain from his right ankle, which has recently recovered from a WEC shunt.

Takuma Sato was sprayed by oil from the stricken machines and shunted into the wall.

Hunter-Reay, Hinchcliffe – apparently in pain – Fittipaldi and Sato all emerged from their stricken cars under their own power.

The race remains red flagged while the catchfencing is repaired.