And yes, the fake exhaust tips are still there.

This isn’t the first time that the Taycan, pronounced as Tie-Kahn, has been seen testing at the Nurburgring in Germany. But quite frankly, we’re not getting tired of it. Not after seeing its official specs released by Porsche. It was a handful to digest, especially its 600-bhp output brought about by two permanently synchronous motors – one for the front axle, the other at the back. But what do you except? It’s a Porsche, and the maker of the iconic 911 isn’t about to shatter its reputation, more so, on its first-ever, full-electric model. 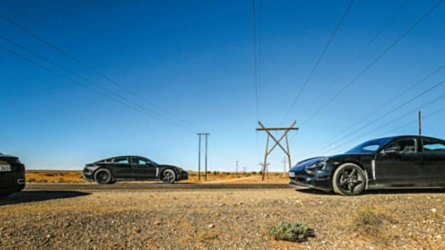 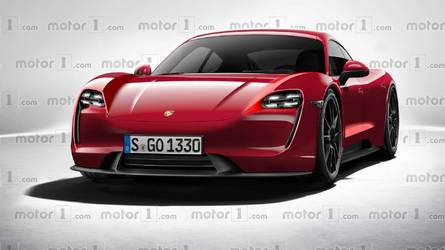 Here’s How To Reserve A Porsche Taycan In The U.S.

However, what really tickles our fantasy is the presence of fake exhaust tips at the Taycan’s rear. We’ve seen the chrome-tipped dual exhausts before in its previous Nurburgring spy video, and yet, they’re still there. It doesn’t make sense, right? But that’s just us; maybe Porsche has something up its sleeve, like a fake exhaust sound to go with the tips. Don’t hope for a V8-sounding Taycan, though, as Porsche confirmed before that it will not "lower itself to gimmicks” in its all-electric sports car.

What you can definitely expect from the Taycan, however, is an exhilarating performance to catapult the Tesla Model S-rival to 62 mph in well under 3.5 seconds. On the other hand, hitting twice as much at 124 mph will just be 12 seconds.

In addition, high-voltage lithium-ion batteries will power the motors, enabling the car to reach 310 miles in one full charge. It also has a 15-minute fast charging time to obtain enough energy to cover 248 miles – all via 800-volt chargers.

The Taycan is expected to be launched early next year, maybe at the Geneva Motor Show in March 2019, and will begin customer deliveries later the same year.