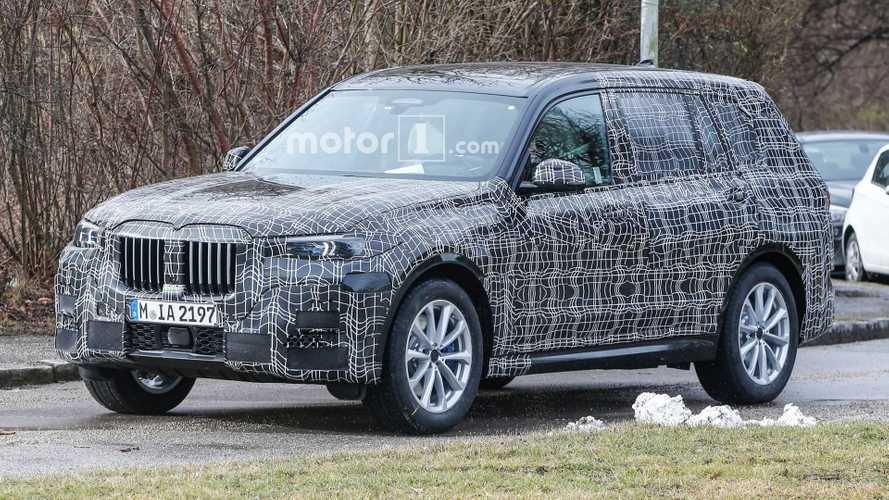 BMW is building a range-topping SUV. We've seen the X7 concept in the sheet metal and uncovered leaked patent images. But like the X3, X5, and X6 before it, new reports suggest that the three-row luxury SUV could even get a hardcore M model. But we'll believe it when we see it.

According to BMWBlog, sources from Munich hinted that a performance-oriented M7 is under consideration. It's not all that surprising, considering we've seen prototypes of the X7 multiple times on the 'Ring. Question is: what kind of powertrain will it have?

The range-topping X7 will have an M850i designation and the latest twin-turbocharged 4.4-litre V8 from the M850i Coupe. Output should be in the neighborhood of 523 bhp and 553 lb-ft of torque. The proposed M7 would be even more powerful still; an output of 600 bhp wouldn't be out of the realm of possibility.

Things like all-wheel drive, an automatic transmission, and seating for up to seven people should all come standard. The BMW X7 will compete directly with current three-row luxury SUVs like the Mercedes-Benz GLS – which has a hot AMG model – as well as the Audi Q7, and others.

No word on when the X7 will show up, but based on the regularity of spy photos and leaked images, expect the range-topping SUV in just a few months. We could see it at the Paris Motor Show. As for the M7 – if BMW does decide to build a hardcore variant of the X7, don't expect it until at least late in 2019.

The BMW 3 Series is coming: