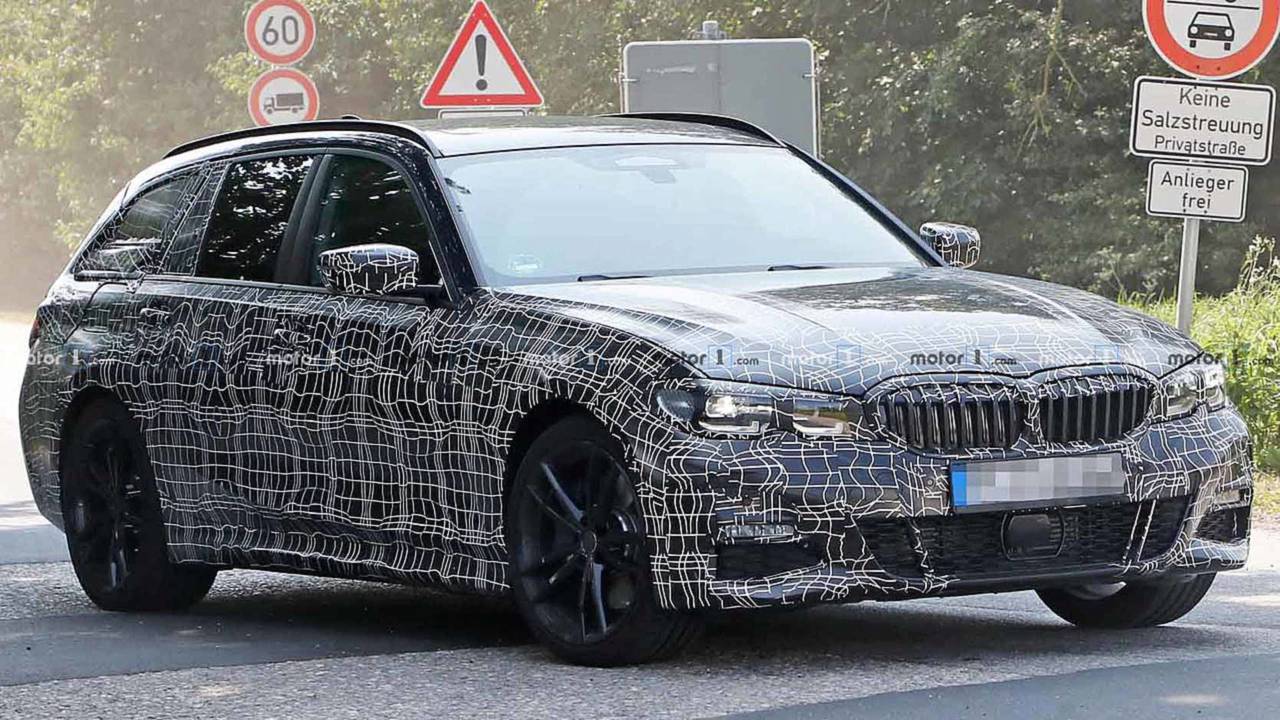 It has all of the upgrades from the 3 Series saloon but with the ability to carry more in the back.

Hot on the heels of new information about the next-gen BMW 3 Series dropping, here is a great look at the estate variant of the German brand's popular model. There are even great shots of the cabin.

Get The Complete Scoop On The New 3 Serie:

The exterior of this estate still wears rather heavy camouflage, but the close perspective provides a good look at what BMW is trying to hide. A notable design element is the narrow, angular headlights that feature boxy LEDs that evoke the four-lamp setup from classic models. The front fascia on this one looks identical to the piece on the saloon. Obviously, the biggest change here is the extended roof that creates a larger cargo area, with the only downside being a slightly stodgier appearance.

On the inside, there's a digital instrument panel, and this one apparently has a diesel engine, given the message on the fuel gauge. A wide infotainment screen sits on top of the centre stack. Switches for controlling the HVAC system are underneath the display. The center console is home for the gearshift, infotainment controller, and buttons for toggling driving modes and driver assistance systems.

Mechanically, the new 3 Series weighs 55 kilograms less than the current model. It's also slightly wider, and the centre of gravity drops 10 millimeters. Switching to a new platform allows for a boost in body rigidity, too. In terms of the engine range, BMW promises that the new 3 Series gets the most powerful four-cylinder engine ever for one of its production vehicles. Fuel economy improves by five percent over the existing petrol-fueled mill, too.

BMW intends to unveil the 3 Series saloon at the Paris Motor Show in October, but it's not clear yet whether the company would premiere the estate at the same time. A debut there seems unlikely, though, because automakers generally tend to stagger the launch of different body styles.