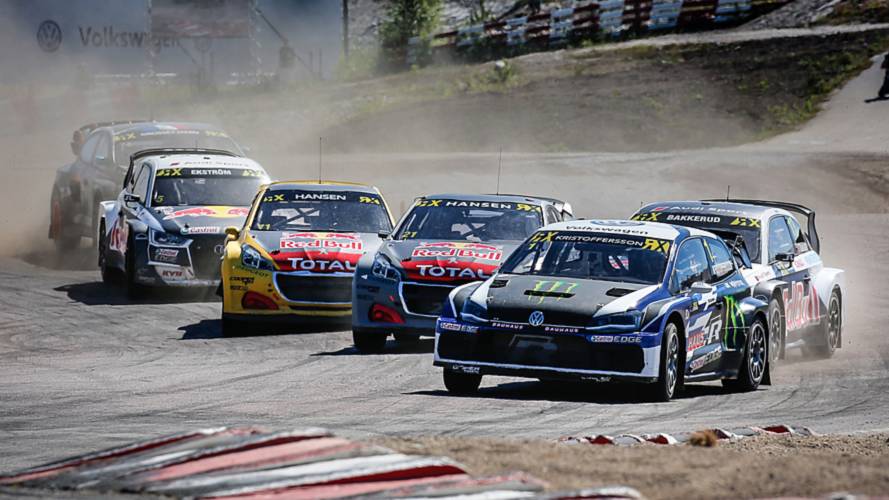 The World Rallycross Championship’s switch to electric cars has been delayed until 2021.

The series had been set to switch to electric cars for 2020, but that has now been postponed by a year “to allow optimal time for all manufacturers investigating the possibility of competing to develop their plans,” the series released in a statement on Thursday.

The deadline for manufacturers to sign up for electric World Rallycross in 2020 was August 15 (on Wednesday), but marques will now have until March 29 2019 to sign up for the 2021 season.

Is electric power the future of rallycross?

The electric World RX concept has been formulated between a round table of manufacturers, the FIA and championship promotor IMG.

Peugeot has been most vocal about its intent to sign up for the series, while Volkswagen, Audi and Ford have also been connected with electric entries, but there has not yet been any official announcement from marques about their participation.

“A huge amount has been accomplished in a relatively short time since the first formal meeting in June 2017,” said IMG’s Paul Bellamy.

“A completely new type of rallycross car has been conceived and defined, and so it is worth waiting a little longer to secure the best possible field of competitors. We believe that fans new and old will love what will be a thrilling addition to their favourite events.”

The existing two-litre turbocharged internal combustion engine Supercars will continue to run as the headline class in World RX through 2020.

As revealed by Motorsport.com earlier this year, the four-wheel drive, two-motor electric cars will be based on a single-make carbon monocoque chassis, developed and supplied by Oreca, while Williams Advanced Engineering will supply the batteries. Manufacturers will develop their own power trains and bodies.