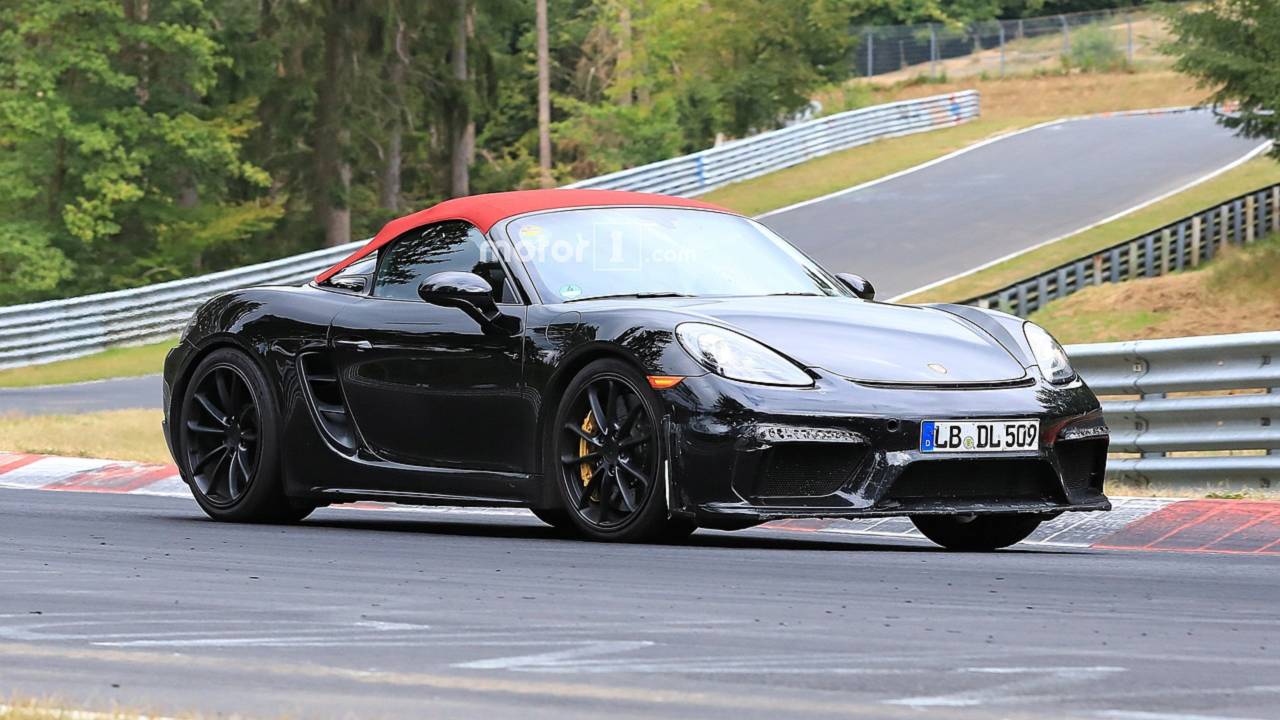 The flying buttresses make the hardcore Boxster stand out.

Porsche has been testing the new 718 Boxster Spyder for as long as we can remember, and although it’s not quite ready yet to officially reveal it, at least we have fully revealing images of the hardcore droptop. Caught at the Nürburgring (obviously!), the flagship Boxster was virtually camouflage-free, although look closer and you’ll notice something that resembles a mesh applied onto the LED daytime running lights and there’s also some black tape here and there.

With Porsche taking off most of the disguise, we are being given the privilege to check out the Boxster Spyder’s red top and the pair of flying buttresses that comes with it, along with the rear spoiler and dual exhaust tips. The prototype appears to be sitting closer to the road compared to the 718 Boxster GTS and boasts a horizontal slat at the top of the front bumper where it meets the bonnet in the same vein as the 911 GT3 / 911 GT3 RS.

Speaking of which, the range-topping Boxster is expected to inherit the naturally aspirated 4.0-litre six-cylinder engine from its bigger brother, but detuned compared to the GT3 to avoid stepping on its toes. It will push out in excess of 400 bhp, well above the GTS’ 360-bhp turbocharged boxer-4 punch.

To please both worlds, Porsche will likely sell the 718 Boxster Spyder with a standard manual gearbox and an optional PDK. It should be a similar story with its coupe sibling, the 718 Cayman GT4. The latter will once again spawn a Clubsport derivative restricted to the track. The folks from Stuttgart might eventually introduce another motorsport-spec Cayman taking the shape of a rally-ready car.

Meanwhile, we’re expecting the 718 Boxster Spyder to be officially revealed in the weeks to come, with the equivalent Cayman to follow shortly or perhaps at the same time.