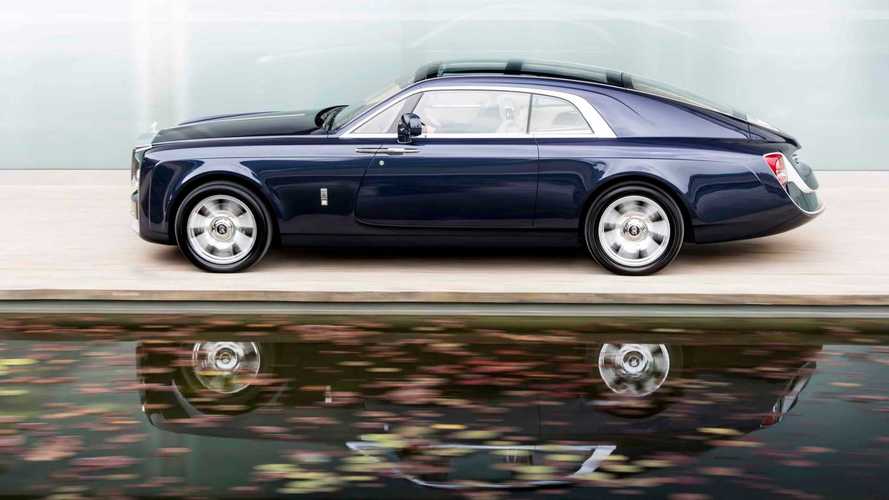 The one-off Rolls-Royce Sweptail, which when revealed last year was the most expensive new car in history, will be making a rare public appearance at this year’s Concours of Elegance as part of a new ‘Future Classics’ feature.

The £13 million motor – or so it is believed – was unveiled last year as a custom commission for a well-heeled Rolls Royce client, and was easily the most striking car the British marque has ever produced.

It is one of very few two-seater cars built by Rolls-Royce, and is inspired by the extravagant shapes of the 1930s, hence the sweeping rear that conjures up images of a vintage Rolls-Royce Boat Tail speedster. The firm has swapped the rear seat for a wood mid-shelf that features an illuminated glass lip. Further back is the wood hat shelf, polished and inset with luggage rails and surrounded by a large teardrop-shaped glass roof.

It will form part of a display of coachbuilt cars alongside a Zagato Aston Martin and a uniquely-enhanced McLaren Senna.

The Aston Martin Vanquish Zagato Speedster which will be on display at Concours, is the very latest example from the marriage between the British brand and the Italian design house, and just 28 will be built. The McLaren Senna meanwhile is the very first one to be built out of 500. It is finished in a unique MSO Aurora Blue and MSO Anniversary White paintjob that took McLaren Special Operations more than 600 hours to complete.