With very little camouflage on both prototypes, we won't have to wait much longer to see them in full.

It was only yesterday when Mercedes was seen testing a new addition to its SUV range, the GLB, and now the three-pointed star has been spied working on a facelift for the GLC Coupe and preparing the next-generation GLE. The two models must face stiff competition coming from BMW’s revamped X4 and X5, respectively, which are both entirely new for the 2019 model year. Let’s keep in mind Audi will launch a Q4 next year and that will join the small premium coupe-SUV craze.

With the GLC Coupe getting only a mid-cycle refresh, don’t hold your breath for any big design changes. As the video above shows, the prototype was only masking its LED headlights and taillights, which are bound to go through some changes by getting new graphics keeping the crossover nice and fresh. Bigger changes will occur inside the cabin where aside from a fully digital driver’s display, the cabin will be home to an enlarged display for the infotainment system. These two features are already available in the GLC F-Cell and will also be introduced on the regular GLC facelift.

The engine lineup is not much of a mystery as we’re expecting both body styles of the crossover to inherit virtually the same oily bits as the refreshed C-Class. This particular test vehicle is a GLC300 4Matic, which in its current iteration uses a turbocharged four-cylinder 2.0-litre motor good for 241 bhp channelled to both axles through a nine-speed automatic transmission. The C300 refresh was bumped by 14 bhp to 255 bhp, so expect the same thing from its taller cousin.

As far as the next-generation GLE is concerned, we’ve seen it plenty of times with barely any camouflage, so we don’t need a crystal ball to figure out how the midsize SUV is going to look like for its next installment. Mercedes has even previewed the interior in a recent teaser, showing a cabin with dual digital screens akin to the new A-Class, but with enlarged displays. The centre console will incorporate two grab handles, while some of the tech will be inherited from the S-Class.

Mercedes has already been spotted out and about testing the hotter AMG flavours of the new GLE, specifically the 53 and 63 models. The former will come to replace today’s 43 and will get significantly more power, while the latter (pictured below) is due to arrive at a later date with more punch as well.

With both the GLC Coupe and next GLE showing off much of their bodies, we’re expecting the reveals to take place soon. 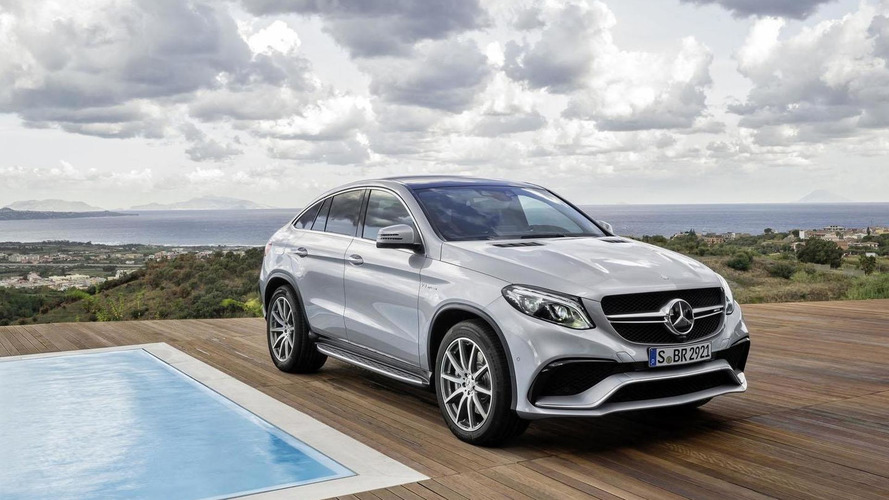