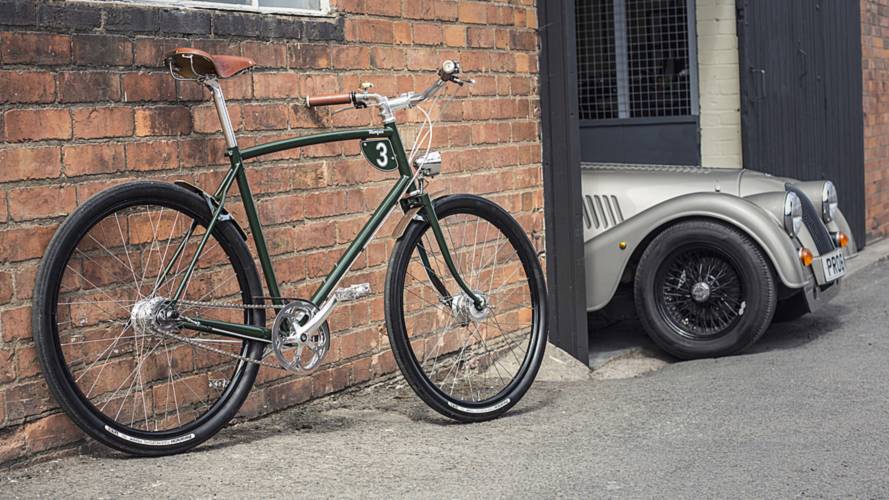 Both bikes are hand built, with the Morgan 8 model featuring a subtle grey livery said to be inspired by Morgan’s racing heritage. The black leather grips are hand stitched and feature aluminium end caps based on Morgan switchgear, while the mudguard and chainguard are hand crafted by Morgan from black ash wood.

The Morgan 3 model, meanwhile, is finished in traditional British Racing Green, with honey leather grips and walnut mudguards. Unlike the Morgan 8, which has an eight-ratio geared hub, the 3 makes do with just three ratios.

Both bikes use a slim, tubular frame with a curved top-tube design and prominent S-bend seat stays.

Adrian Williams, the managing director of Pashley Cycles, said: “People often refer to Pashley as ‘the Morgan of the bicycle world’ and so I am delighted that there is now a close collaboration between our two companies, manifested in the new Pashley-Morgan range of bicycles. Pashley and Morgan share many similarities including our unrivalled heritage, design innovation and British craftsmanship and this is evidenced in the beautiful bicycles we have produced. These bicycles will appeal to Morgan car owners and discerning cyclists alike.”

Jonathan Wells, head of design at Morgan, added: “The craftsmen and women at Morgan work passionately to duly reflect the brand qualities within every product we release. When exploring new product avenues and markets, the greatest way to accomplish this, with brand integrity maintained, is to collaborate with likeminded craftspeople across industries. It made absolute sense to embark on a collaborative project with Pashley.”