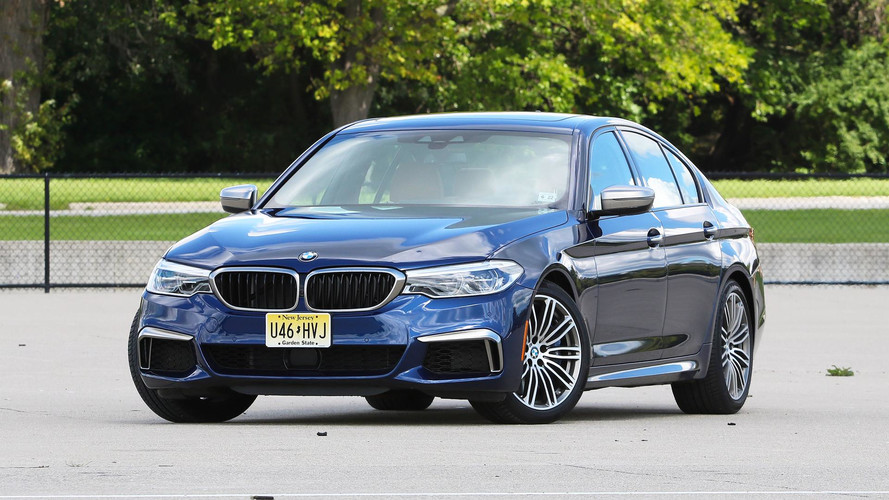 Power could grow by as much as 68 bhp by borrowing the M850i's engine.

If you look at the 5 Series lineup right now, you’ll notice there is a pretty big power gap between the M550i xDrive and the top dog M5 in the non-Competition guise. The former offers 456 bhp and 480 lb-ft of torque whereas the latter in standard flavour packs 600 bhp and 553 lb-ft. BMW will reportedly address this issue next year when it will launch the 2020MY M550i xDrive with the new specification of the biturbo 4.4-litre V8 as seen in the recently introduced M850i xDrive.

Here's what we think of the current M550i:

Sources close to Munich have told our friends at BMWBLOG the warm version of the 5 Series family could be upgraded to as much as 523 bhp to be on a par with the 8 Series by utilising the new-spec N63 engine. The report doesn’t say anything about torque, but we’re reminding you the M850i has 553 lb-ft on tap. It goes without saying that adding more oomph will make the M550i xDrive quicker than the current variant, which is already seriously quick by doing 0-60 mph in just 3.9 seconds before hitting an electronically capped 155 mph.

Interestingly, the report mentions all of BMW’s 50i-badged cars will eventually get the N63 engine, and the X5 xDrive50i together with the equivalent X6 and X7 model are going to receive the M50i badges while sharing the same 523-bhp engine. That means if you’re not in a rush to get the recently introduced X5 xDrive50i, it would be better to wait a while for the X5 M50i to come out, quite possibly towards the end of next year when the M550i is also expected to go on sale.

As you are probably aware by now, BMW has been having some problems with the M550i xDrive in Europe where it has to modify the car to make it ready for the Worldwide Harmonized Light Vehicle Test Procedure (WLTP). Looking at the German configurator, the model is not listed as only the M550d can be ordered. The engineers have to install an Otto particulate filter to make the petrol-fueled variant of the midsize saloon WLTP-friendly.