A10 motorway bridge collapse in Italy kills at least 22 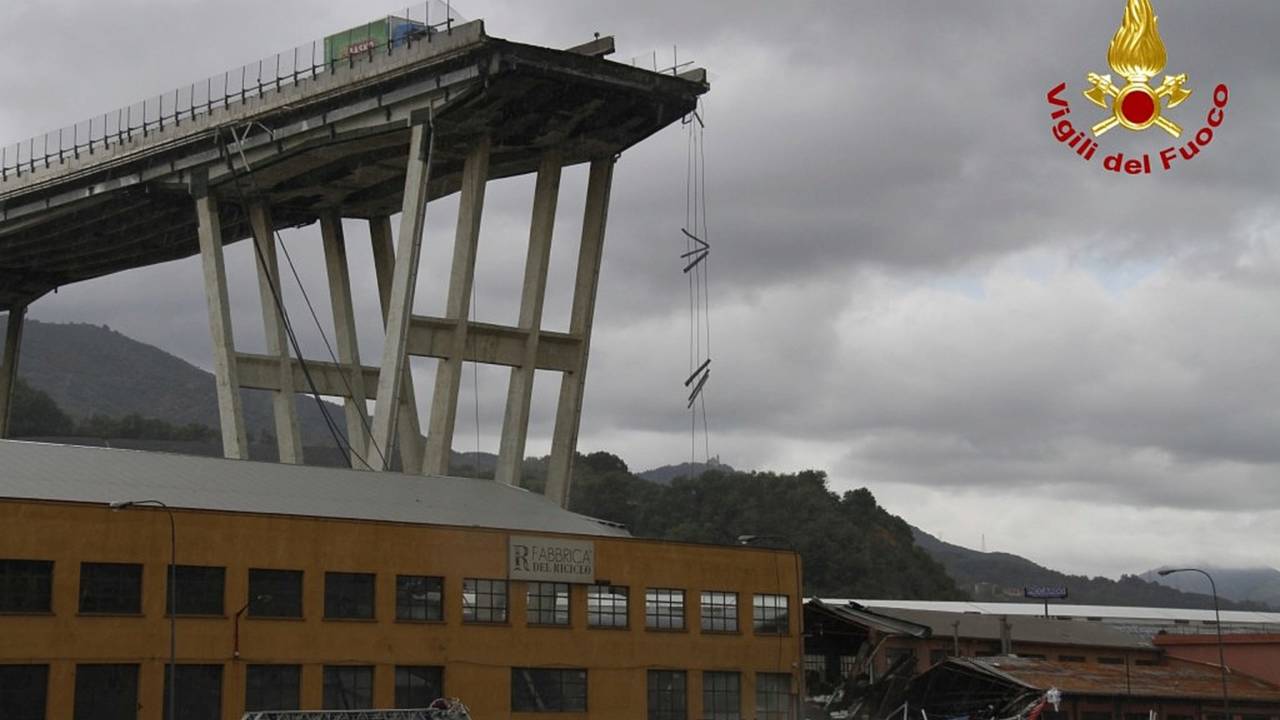 A span of the bridge in Genoa failed during a storm.

A section of the A10 motorway at Genoa – one of Italy’s largest cities in the northern region of the country – collapsed yesterday during a morning storm at around 11:30 a.m. local time. The span was part of the Morandi Bridge, a key part of the major artery for motorists driving to the Italian Riviera and further west to the southern coast of France. The collapse occurred in the area of the Polcevera River and its currently believed that as many as 22 people have died, with many more injured.

The Morandi Bridge opened in 1967 and is named for its designer, Riccardo Morandi. All total, the bridge is 1,200 meters in length and extends 45 metres above the ground. Three large concrete pillars support the roadway, which crosses primarily an old train yard. According to The Guardian, witnesses reported seeing vehicles falling with the collapsed section of the bridge. A couple people thus far have been pulled from the wreckage alive.

It is not yet known exactly what caused the collapse. A sudden, powerful storm was said to have been in the area at the time of the collapse. Italian Transport Minister Toninelli has released a statement calling the situation an “immense tragedy.”  Luca Cari, head of emergency communications for Genoa’s fire department, said approximately 200 firefighters and rescue teams are on-site working to determine how many cars are under the collapsed bridge, and called the situation “critical.”

This explosion leveled an overpass near Bologna:

Tanker exploding on highway looks like hell on Earth

This tragedy comes shortly after a truck exploded on a highway near Bologna, causing a section of that roadway to collapse as well. In that instance, a truck carrying propane impacted another vehicle stopped in heavy traffic on an overpass, killing one person while injuring over 100. The two events are causing people to question whether or not the roadway system in Italy is in need of serious overhaul.

Gallery: The collapse of the Morandi Bridge