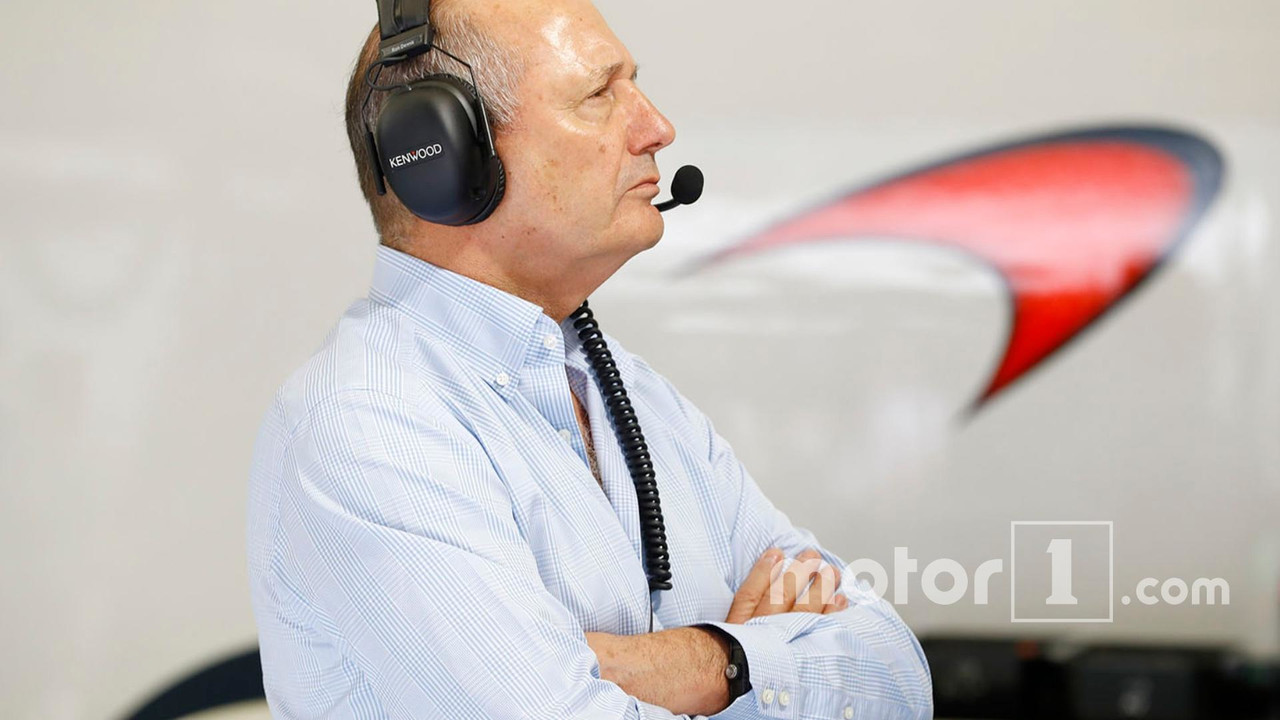 All because of a parking space.

The second Goodwood Festival of Speed in 1994 marked the first time contemporary Formula 1 machinery made a run up the now famous hillclimb course at the Goodwood estate.

Nowadays seeing most of the current F1 teams demonstrate recent machinery at the annual motoring garden party is expected, but in the festival's early days, not so much. In 1994 Williams, Arrows, and McLaren took crews to the event, with the latter taking the Peugeot-powered MP4/9 it was running that season.

Glimpse the McLaren P1 GT by Lanzante in action at Goodwood

Back then F1 cars were allowed to run at full chat up the course – they've since been discouraged from doing so on safety grounds. Martin Brundle handled driving duties on the occasion, setting the fastest time of the weekend with a 47.8 second run.

All in all it sounds like a successful event. McLaren enjoyed a victory in an otherwise relatively dismal F1 season, in bring in F1 teams the festival began a trend that has since become a signature feature, and fans got to see a present-day F1 car up close running at 100 percent.

However, in a video posted to the Festival of Speed's Facebook page recently, the weekend could have panned out very differently.

Ron Dennis, then boss of McLaren and a man famed for his incredible attention to detail ordered his team to pack up and leave the festival much earlier than planned. The reason? The McLaren truck was parked close to a toilet block, and the winless Arrows team truck was not.

"One of the most important things to happen very early on was to get a currently Formula 1 team here with a current car and Ron Dennis brilliantly sent the McLaren Peugeot for Martin Brundle to drive," said the Duke of Richmond, who founded the festival and owns the Goodwood estate. "A huge moment for me was to see that McLaren truck turning up, because that was a proper F1 truck – it was probably the size of the paddock. It rolled in all super shiny and in fact the guy then spent the rest of the day cleaning it as well and parking it all perfectly, all the wheel nuts lined up. Everything was perfect."

That truck though would soon become the centre of an issue that would lead to McLaren packing up and threatening to leave.

"Then I got a call from one of the event managers saying McLaren were going and the truck driver just said he had orders from Mr. Dennis to go back to Woking," the Duke said. "I thought 'that can't be true' so I went and talked to him and he said he was going to go."

The Duke told the legendary team boss that with all the pans well thought out and in place, it wouldn't be possible to have the truck moved, to which Dennis responded with "Well Arrows have never won a race, so I think you can certainly move it." Ouch.

Low and behold, Dennis eventually got his wish and his perfectly-present truck was ushered into a toilet-free zone. The rest, they say, is history. McLaren has attended the festival every year since, setting the overall hillclimb record in 1999 with the 1998 season MP4/13 in the hands of Nick Heidfeld. The 41.6 second record still stands to this day, long after contemporary F1 cars were banned from doing timed runs.

This year McLaren took an ex-Emerson Fittipaldi M23 as well as the 1995 Le Mans-winning McLaren F1 to the Festival. Its road car division also launched the 600LT at the event.