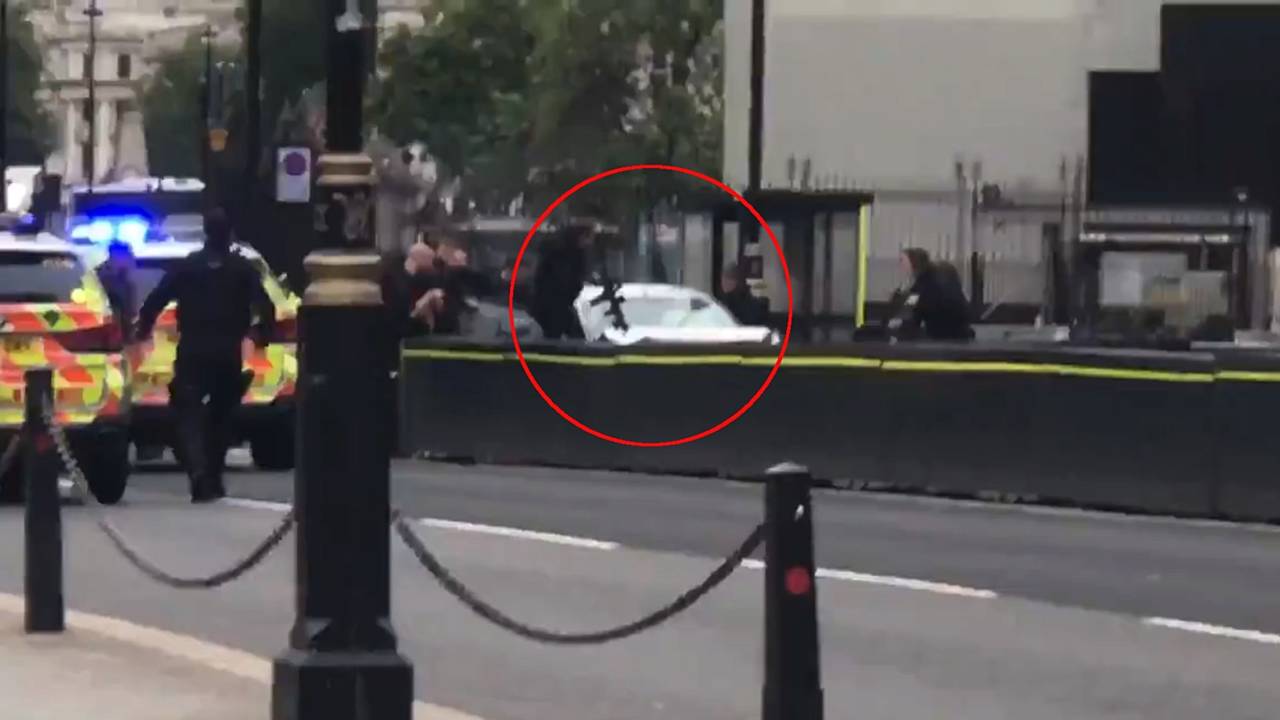 A man said to be in his 20s was arrested by armed police at the scene.

London police are treating as a terrorist incident an early morning car crash into the security barriers outside the palace of Westminster.

Dozens of cyclists were left dazed after the incident, three with minor injuries, which saw a silver Ford Fiesta driving at speeds estimated around 50 mph, ploughing through morning commuters on the wrong side of the road.

Armed police officers were quick to arrive on the scene of the incident, which took place at 6:37 am. The driver was arrested at gunpoint and taken away for questioning.

EuroNews correspondent Vincent McAviney captured footage of the scene as police arrived, posting the video to Twitter. Other videos from the scene have shown the aftermath among cyclists and the suspect being pulled from the car.

The Met Police confirmed the details of the incident, which it said was under investigation: “The driver of the car, a man in his late 20s, was arrested at the scene by armed officers. He was arrested on suspicion of terrorist offences. There was nobody else in the vehicle, which remains at the scene and is being searched. No weapons have been recovered at this stage.”

Westminster is said to be on lockdown this morning as police have initially attempted to determine whether the man was operating on his own or as part of a coordinated attack. Westminster tube station has been cordoned off and closed to the public. MPs and peers are on summer recess at the moment, which means only a skeleton staff is working in parliament over the coming weeks. Prime minister Theresa May has already issued a statement saying that her thoughts are with those who have been injured.

The incident happened metres further down from where 52-year-old Khalid Masood stabbed four people on Westminster Bridge and an unarmed police officer in the grounds of parliament before being shot dead at the scene.