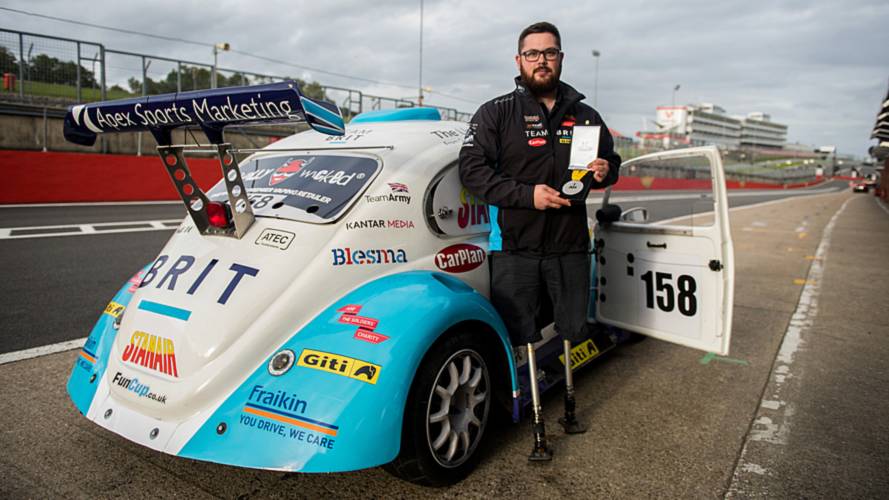 An army veteran who lost both of his legs in a bomb blast has embarked on a journey that he hopes will take him to the 24 Hours of Le Mans.

More stories about the disabled:

Ash Hall from Colchester was seriously injured in the line of duty in Afghanistan in 2010 when he was hit by an improvised explosive device (IED), and after several months at Queen Elizabeth Hospital in Birmingham, he embarked on a new chapter as a sporting competitor.

The 27-year-old has been competing in the Volkswagen Beetle-based Fun Cup series, but he has his sights set on Le Mans, which he and the team hopes to compete in by 2020.

"Sport has been really important for me in regaining my confidence and in building up my fitness since my injuries," he told the East Anglian Daily Times. "I’m really excited to be a part of the team and part of the journey towards Le Mans."

"I think what the team is trying to achieve is pretty remarkable. To take part in what is widely regarded by most racing drivers as the toughest race in the world is a big enough challenge in itself," he added. "To do it and then add on the fact that every driver in that team will have their own unique challenges to face due to their differing injuries is truly incredible."

"Team BRIT will give me a new challenge to focus on," he continued. "I’ve enjoyed wheelchair rugby for some time but have also been a big driving fan, so I’m really looking forward to the races ahead."

"Oulton Park was a great first race weekend. I’ve got a lot to learn about the cars and the hand controls but it gave me the first taste of competing with the team and I can’t wait to race again this weekend at Silverstone."

Hall has already took part in a rookie test day at Brands Hatch, and a race at Oulton Park, where he impressed the Team BRIT squad.

"Being able to help him with his ARDS test and get him racing with our hand controls has been fantastic," said team manager Dave Player. "His competitive edge and team spirit mean he will be a very strong team member, something which was very evident at the recent rookie day."