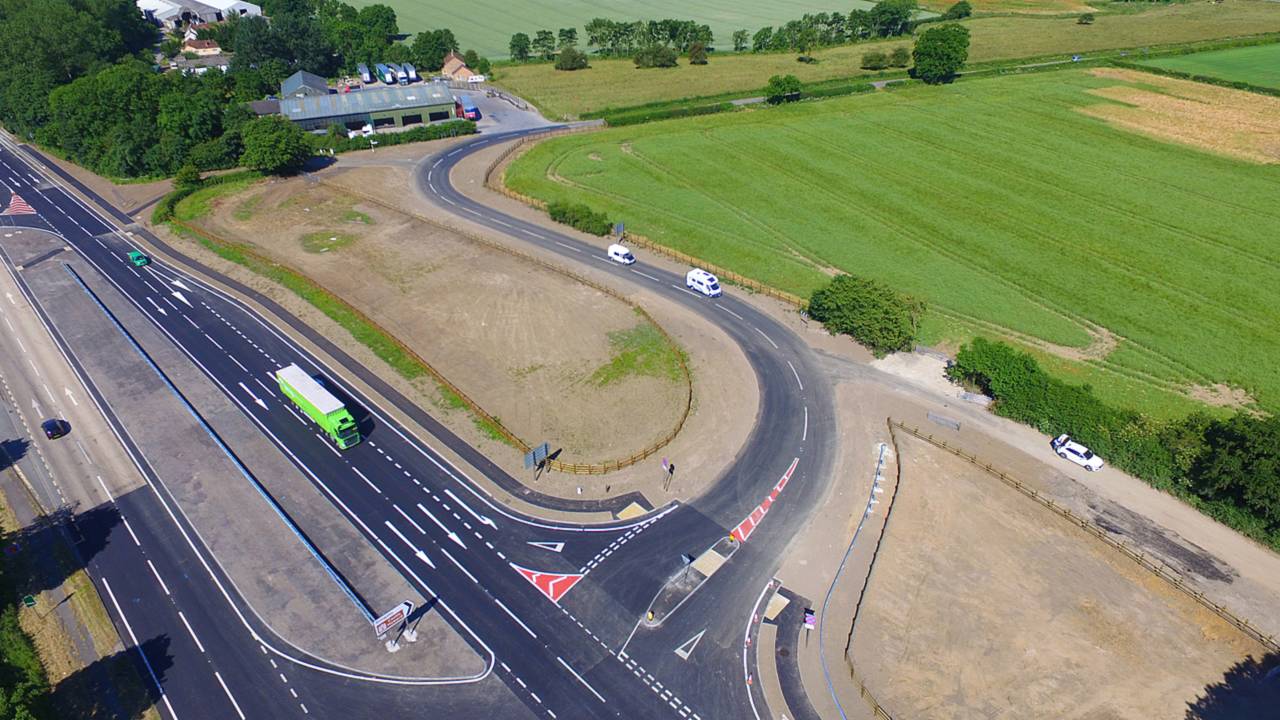 Hedgerows removed from the roadside have a new lease of life in gin manufacture.

Highways England has discovered an unusual form of recycling while making safety improvements to the A64 near York.

After removing sections of the hedgerow to improve visibility at the Barton Hill junction, the government-run agency offered the berry-producing plants to Sloemotion, a local manufacturer of sloe gin.

Food waste to power Waitrose’s trucks of the future

Highways England project manager Russell Mclean said: “We saved as much of the hedgerow as possible but sections of the hedge had to be removed. The sloe berries used to produce the gin grow on hedgerows, so it seemed like the perfect solution to donate the hedge to this local sloe gin producing firm.”

As part of the £2.8 million improvements to the junction, Highways England also had to remove an oak tree and stone from an old water culvert.

The wood from the tree will get a new lease of life in the hands of Malton-based cabinet maker and artist Mark Bennett, who will use it to create a bar for Sloemotion. Any remaining wood, meanwhile, will be used to create bird and bat boxes near the A64.

“The changes will certainly have a positive benefit for drivers, but then also donating the hedgerow, the stones and timber to local businesses makes it feel like something is being given back to the community,” said Jonathan Curtoys, Sloemotion’s managing director.

“It’s great that we can use what would otherwise have gone to waste and give something back to the environment such as the bird and bat boxes,” added Bennett.