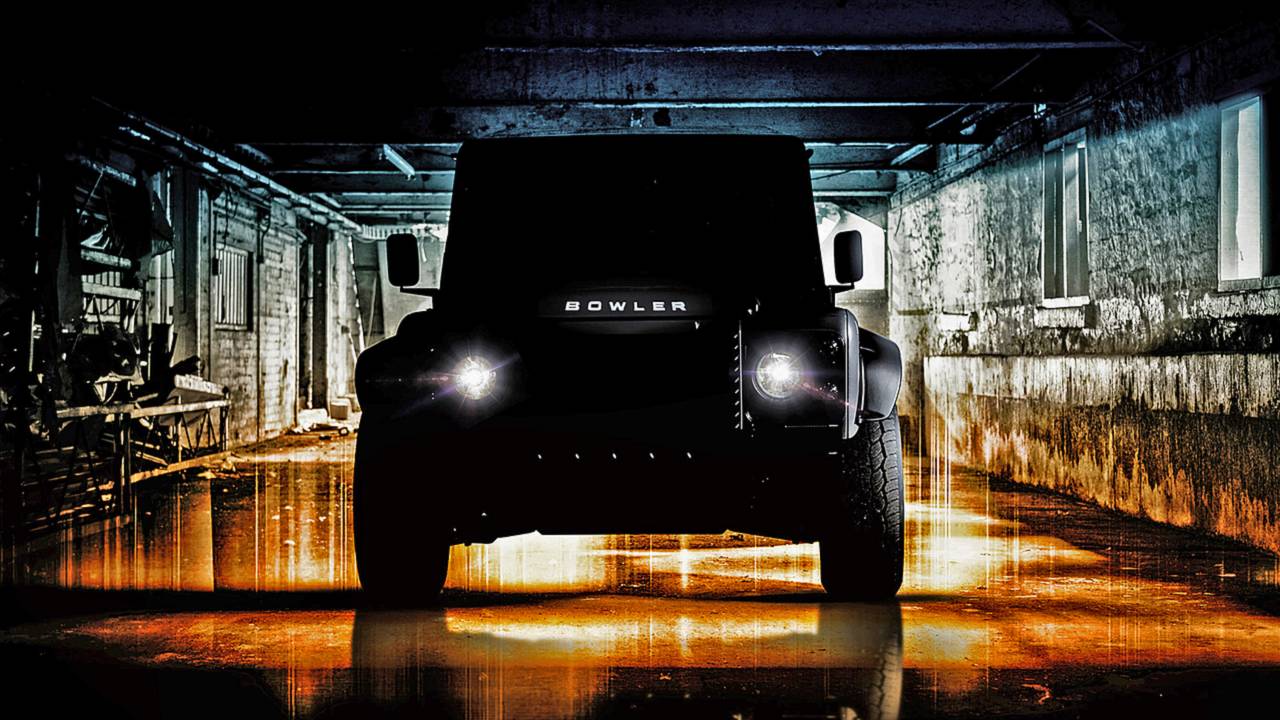 The off-road wizards are working on another road car.

British off-road specialist Bowler has teased its latest Land Rover-based road-going model, ahead of its reveal in the next few weeks.

The teaser image shown by Bowler doesn't give away many details about the new car, but it does give away one big thing – the as yet unnamed Bowler will be based on, or at least resemble the Land Rover Defender.

It will also be based on Bowler's modular Cross Sector Platform, as with its other offerings. The platform is adaptable across a number of different body types and drive trains, including six wheels. It is not yet know whether the new car will be four or six wheels, but it will almost definitely be all-wheel-drive.

A previously shown preview clip of the car shows that it will be powered by a V8 engine. Either that or Bowler have gotten ahead of the game for April fools. Judging by Bowler's previous efforts – which have been eight pots, so it really is a given – a power output in excess of 400 bhp is highly likely.

Check out the preview clip below:

Be sure to check back at Motor1.com for the latest on Bowler's latest road car.