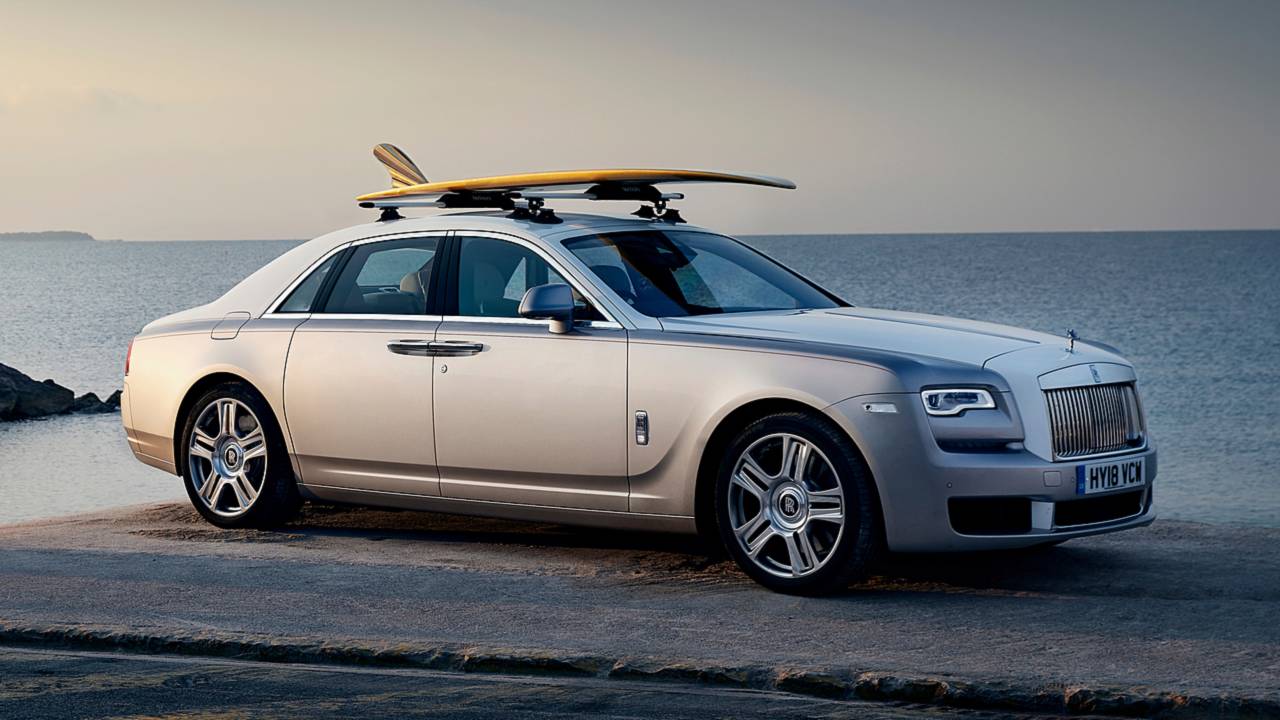 Nine-foot board is made with several wood veneers and 24-carat gold leaf.

With the seemingly endless influx of SUVs and ‘lifestyle’ vehicles, pictures of cars adorned with ‘lifestyle accessories’ are becoming commonplace.

Even so, few would ever expect to see a Rolls-Royce Ghost carrying a surfboard, but that’s exactly what the British brand is set to present this summer.

The luxury manufacturer is touring the jet set’s Mediterranean getaways with a selection of its latest automobiles.

The tour will take in Cannes, in the south of France, and Marbella, on the Andalusian coast.

At each location, Rolls-Royce will create a Hot Spot, where it will showcase a surfboard commissioned by one of its customers, which will sit atop a “bespoke” Ghost.

The board, which belongs to a customer who bought a vehicle at last year’s Cannes Hot Spot, was created in the UK with a range of different woods. American Walnut, Ripple Sycamore, Figured Anigre and Birch veneers all feature in the 9ft2in (279cm) board, along with 24-carat gold leaf.

Alongside the surfboard-carrying Ghost, Rolls-Royce will also show off the rest of its range, including the Dawn convertible and the new Phantom, as well as the Cullinan SUV. When the luxury 4x4 appears in Cannes, it will be the first time it has been seen in the metal on French soil.

The BMW-owned brand will also allow potential customers to drive the vehicles, guided through the regions by Rolls-Royce’s product experts.

Rolls-Royce’s Cannes Hot Spot will be created outside the Intercontinental Carlton Hotel, near the famous Boulevard de la Croisette, until August 12, while the Marbella Hot Spot will be open at the La Reserva Golf Course in Sotogrande between August 15 and September 2.