Why is Ford showcasing the new Ranger Raptor at a games convention? 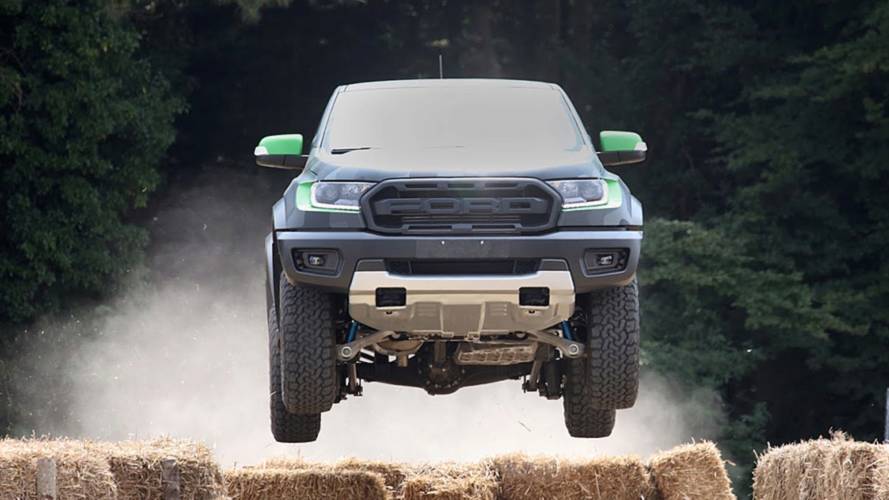 Ford will reveal a new performance vehicle, expected to be the new Ranger Raptor pick-up truck, at a gaming convention in Germany later this month.

Although it will be the first car ever to be unveiled at a gaming event, few details have been revealed, but Ford says the newcomer will “bring the fun back to on- and off-road driving”.

M-Sport Ranger is like a mini Raptor for Europe

The car has already been presented at the Goodwood Festival of Speed, where it wore a camouflage livery emblazoned with the words ‘Find me at Gamescom’.

Ford won’t just be revealing the car in the metal, though. Visitors to the Gamescom show in Cologne will also be able to see a virtual representation of the vehicle in “a forthcoming racing video game.”

This, Ford says, will enable fans to “push the vehicle to its limits on virtual racetracks.”

The American manufacturer is no stranger to Gamescom, having previously revealed a Focus RS wrapped in Forza Motorsport 7 livery and set a world record for the longest racing video game marathon, after spending 48 hours driving the Ford GT around Le Mans.

This year, Ford is once more set to have a sizeable stand at the event, with a set of eight racing pods and a 4D racing simulator that will be specially built for the convention. The simulator is said to give the most realistic experience possible.

On each day of the event, the visitor who sets the fastest time on the 4D simulator will win a trip to the UK to spend a day with the M-Sport rally team, which won last year’s World Rally Championship with the Fiesta rally car.

The Gamescom show runs from August 21-25 and takes place at the Kolnmesse exhibition centre in Cologne.