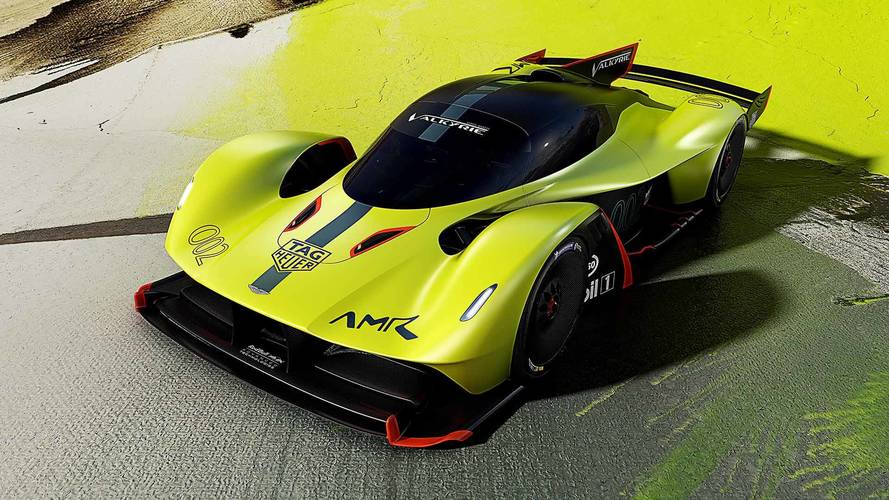 There's still time for designers to make the hybrid track-only hypercar even quicker.

When Aston Martin sent us figures for the bonkers Valkyrie AMR Pro late last year, we were properly floored. The company said this track-only version of the hypercar would have performance to rival F1 cars, due primarily to an extremely aggressive aero package that would pin the Valkyrie to the ground with fervor. Aston Martin said it will sustain over 3gs during hard cornering and 3.5gs under hard braking. When the occupant is not subjected to such forces, the hybrid powertrain – the crux of which is a massive 6.5-litre V12 – should push the Valkyrie AMR Pro to 250 mph provided the straightaway is long enough.

All we know on the Valkyrie AMR Pro:

We haven’t heard much on this mental machine since covers were officially removed from the prototype earlier this year, but Autocar recently had the occasion to speak about the Valkyrie AMR Pro with Adrian Newey from Red Bull Racing. Newey has a lead role in the car’s development, and if we’re understanding him correctly, Aston Martin’s initial claims on the hypercar’s performance could actually be on the low side.

“The downforce we are quoting is obviously early days,” said Newey according to Autocar. “The model you see now is effectively the ideas that stand behind the project given over to Marek’s team to interpret. It will, of course, change quite a lot from that.”

Dewey also talked a bit about the decision to go with the V12, citing superior NVH (noise, vibration, and harshness) characteristics and a better fit in the car’s structure versus smaller mills. Weight with the Valkyrie AMR Pro is obviously a concern, but Dewey pointed out the addition of turbos, intercoolers, and associated hardware to pump up the power on smaller engines leads to similar mass anyway. In the end, Dewey said the big V12 was “marginally superior” so that’s what made the final cut. One might also interpret this as him suggesting the Valkyrie AMR Pro could produce more than the 1,100 bhp already listed by Aston Martin.

Of course, the interpretations for both downforce and horsepower could also go the other way. Based on past experience with Aston Martin’s hardcore offerings however, we suspect that’s not the case. The car won’t be out until 2020, but when it does finally hit the track, it could well be a contender to claim the all-time Nürburgring record.