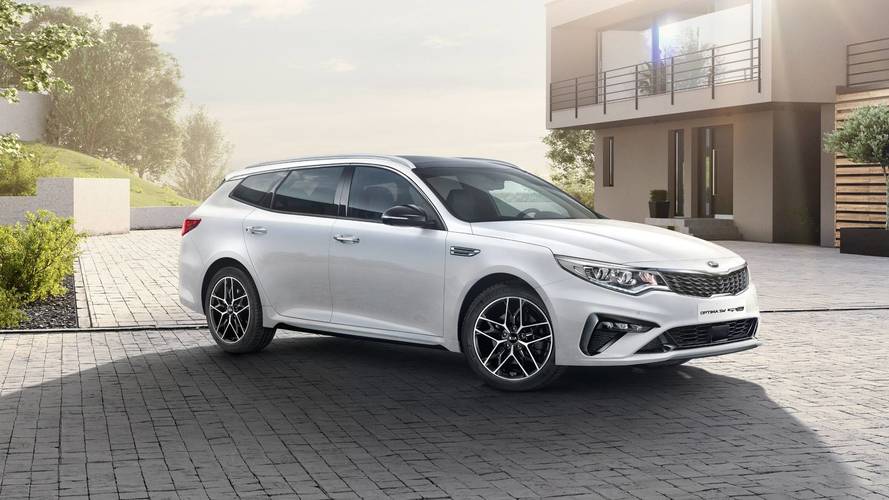 Kia's new Optima has arrived in the UK with a starting price of £22,260, the South Korean manufacturer has announced.

Would You Kiss A Kia Optima For 50 Hours To Win It?

Revealed at the Geneva Motor Show earlier this year, the Mondeo-rivalling four-door boasts aesthetic updates, as well as fresh safety features and a new engine.

At first glance, the improvements are minor, with new bumpers and lights accounting for most of the external changes.

Internal modifications are minor, too. The biggest change is the new steering wheel, although there’s also a new piece of metallic trim across the dashboard.

In the entry-level ‘2’ model, that dashboard is adorned with a seven-inch touchscreen infotainment system, which houses satellite navigation and the reversing camera display. There’s two-zone climate control, too, and the seats are trimmed in black cloth upholstery.

Moving up to the ‘3’ model (from £24,260), meanwhile, increases the size of the screen to eight inches and adds faux leather accents to the seats. The more generous specification also includes electric seat adjustment and heating, larger 18-inch alloy wheels and a Harmon Kardon sound system.

Customers opting for the Sportswagon get the choice of two more top-of-the-range trim levels: GT-Line S and GT. Priced at £31,400 and £33,350 respectively, the two variants offer sportier styling and more on-board luxury.

For example, the GT-Line S comes with a 360-degree manoeuvring camera, panoramic sunroof and leather upholstery with red contrast stitching. There’s, keyless start and ventilated seats, too, as well as a host of safety gizmos, including lane departure warning, adaptive cruise control and autonomous emergency braking.

The GT model, meanwhile, offers electronically adjustable suspension and a sound generator that pipes a synthesised, sporty exhaust note into the cabin, plus a high-performance engine.

As standard, the GT comes with a 2-litre petrol engine producing 241 bhp. Transmitted to the wheels through a seven-speed automatic gearbox, that power is enough for a 7.3-second sprint to 60 mph and a top speed of 144 mph.

The GT-Line S, however, makes do with the same 1.6-litre diesel engine as the other cars in the range. Producing 134 bhp, the all-new motor replaces the old 1.7-litre diesel and offers improved economy and emissions. In its most economical automatic saloon guise, the Optima can now return 64.2 mpg and emits just 117 grams of carbon dioxide per kilometre. 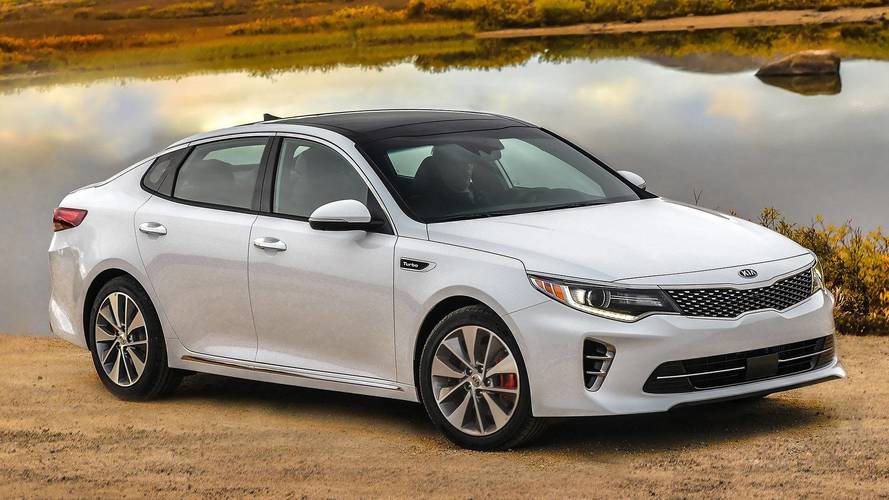