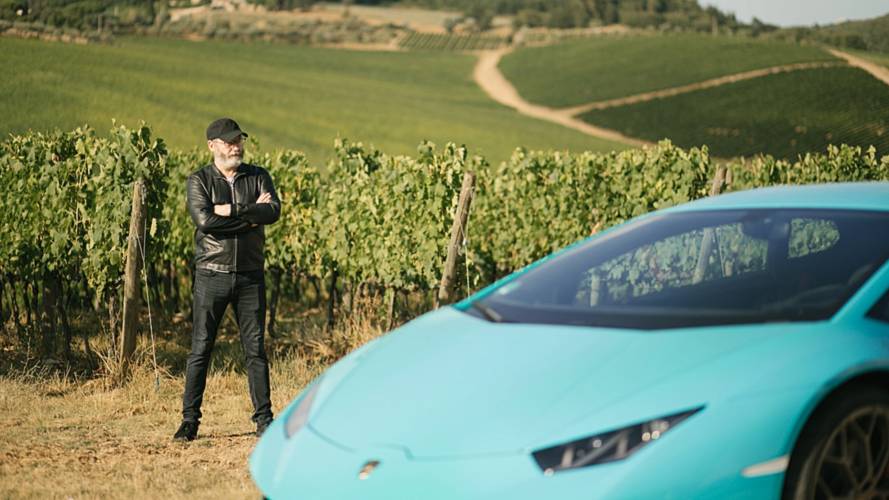 Winter is coming, but actor Liam Cunningham is making the most of summer. His steed this time around isn’t a horse, however, but a bull – and a cracking fast one at that. Game of Thrones fans know him better as Davos Seaworth the Onion Knight but in this instance, he’s not plotting battle strategies. Rather, he’s plotting strategies for getting a Lamborghini Huracán Performante through the Tuscany countryside as quickly as possible. Or at least, navigating the roads as safely as possible while not causing harm to persons or property.

That might not be quite as exciting as the action on the popular television show, but then again, we are talking about a Huracán Performante so it's not exactly boring. This is a machine capable of lapping the Nürburgring in less than seven minutes thanks to all kinds of trick active aero components, not to mention the 630-bhp 5.2-litre midship-mounted V10. That time has since been eclipsed by Porsche and regained by Lamborghini, only this time by a similarly tweaked version of the Huracán’s big brother – the as-yet-unrevealed Aventador SVJ.

Lamborghini doesn’t have much to say on the star’s visit, but we do know Cunningham has a penchant for speed. Last year he joined Game of Thrones co-star Kit Harington at Monza for an F1 experience where both actors rode rear-seat in two-seater race cars. It’s safe to say Cunningham didn’t quite reach the same speeds during his Lamborghini experience, which stuck to public roads and also included a tour of the Lambo factory.

We don’t know if this is the start of a new marketing partnership with the star, or if the supercar automaker just wanted to make the most of a VIP visit. In either case, it’s nice to see the actor enjoying the countryside in a decidedly non-warring fashion.

Game of Thrones star Liam Cunningham embraced his love for Lamborghini during an exclusive drive through Tuscany’s Chianti Classico region. Behind the wheel of an Ad Personam Blu Symi Huracán Performante, the Irish actor enthusiastically immersed himself in Italy at its best, surrounded by rolling vineyards and traveling along picturesque winding roads that the Performante could master perfectly.

The Lamborghini experience included a comprehensive factory tour, ranging from the Aventador, Huracán and Urus assembly lines to the Ad Personam customization department, by way of the cutting-edge carbon fiber facility, where Liam could express and satisfy his curiosity and keen interest in automotive innovation and technology before hitting the roads for a quintessentially Italian experience.