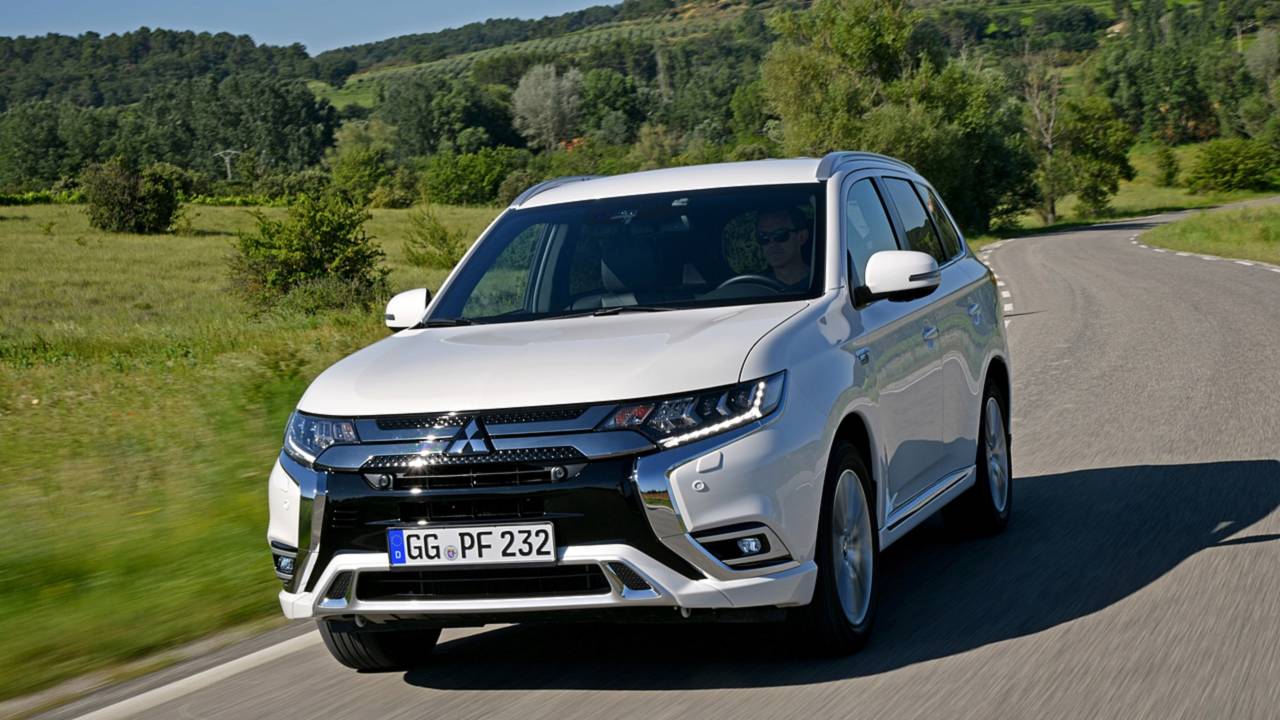 Facelifted favourite gets a new hybrid powertrain and extra kit.

The facelifted Mitsubishi Outlander PHEV has gone on sale with a £34,255 price tag once the government’s Plug-In Car Grant has been applied.

For 2019, Mitsubishi has given its top-selling plug-in hybrid SUV a mild aesthetic refresh and an all-new powertrain.

Behind the updated grille sits a new 2.4-litre petrol engine with 133 bhp, while the electric motor on the rear axle produces 94 bhp. Altogether, the system is 10 percent more potent than its predecessor, although the new, more stringent WLTP economy test means the electric-only range has slipped to 28 miles.

Mitsubishi has also given its eco-friendly 4x4 new shock absorbers and a “sport mode”, which it says will sharpen the throttle response and tweak the four-wheel-drive system for maximum traction.

Inside, the new model gets new switchgear and a revised instrument layout, as well as more soundproofing. It also benefits from a heated windscreen, two-zone climate control and keyless start.

Customers wanting more equipment, though, can opt for the 4h model, which gets a 360-degree manoeuvring camera, blind-spot monitoring and an electrically adjustable driving seat, as well as LED headlights, black leather upholstery and a heated steering wheel. All that comes in at £37,000 after the grant is taken into account.

At the top of the range, however, is the 4hs variant, which gets front and rear parking sensors, automatic high-beam for the headlights and adaptive cruise control. Autonomous emergency braking is also thrown in, although the car costs £39,100 despite the Plug-In Car Grant.