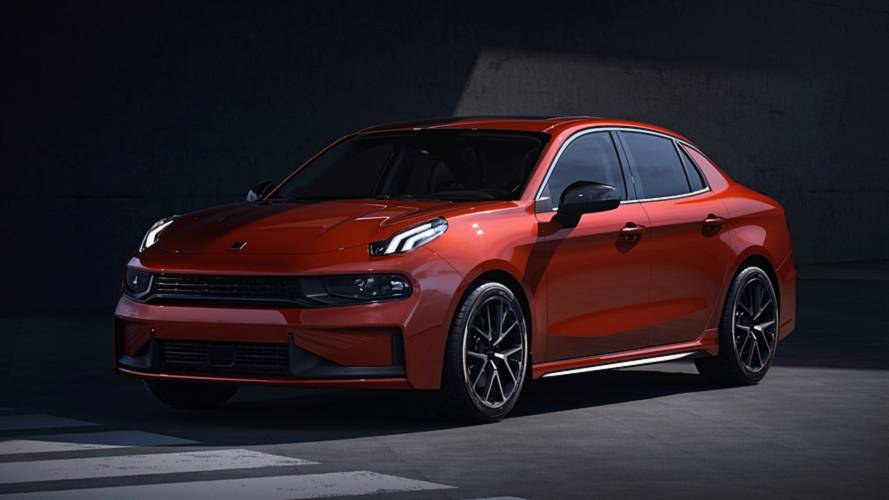 The 03 is the Chinese brand's first saloon.

Chinese car manufacturer Lynk & Co has impressed us here at Motor1. The Chinese start-up is taking on the big boys, even though its only been around for five minutes.

Its latest model is the 03 saloon which was first previewed as a concept back at the Shanghai motor show months ago. It hasn't changed much from the concept – the shape and dimensions of the car remain, and it's still on the same CMA platform as the Volvo XC40.

The 03 is Lynk & Co's third offering after the 01 and 02, which were both SUVs. The 03 has the same characteristics at the front as the other Lynk & Co cars, with the double light setup consisting of vertical LED bands above the main light cluster. Running from the front of the car to the rear along the roofline is a chrome strip, much like the Kia Optima, and at the rear is a sort-of boomerang-shaped light setup joined by a black strip featuring Lynk & Co badging.

The car has a sporty character, with a pair of exhausts either side of a faux diffuser, a set of five twin-spoke alloys, and sporty side skirts.

While China may be behind the rest of the world when it comes to producing its own cars, this will definitely be a modern vehicle, with infotainment and a stylish upholstery trim.

Engine options will likely be the same as the 01 and 02, so an entry-level offering with a turbocharged 1.5-litre three-cylinder engine producing around 148 bhp. There will probably be a turbocharged 2.0-litre engine developing around 187 bhp. Hybrid and all-electric versions are also set to follow.

We'll see the production 03 for the first time at the Chengdu Motor Show next month.