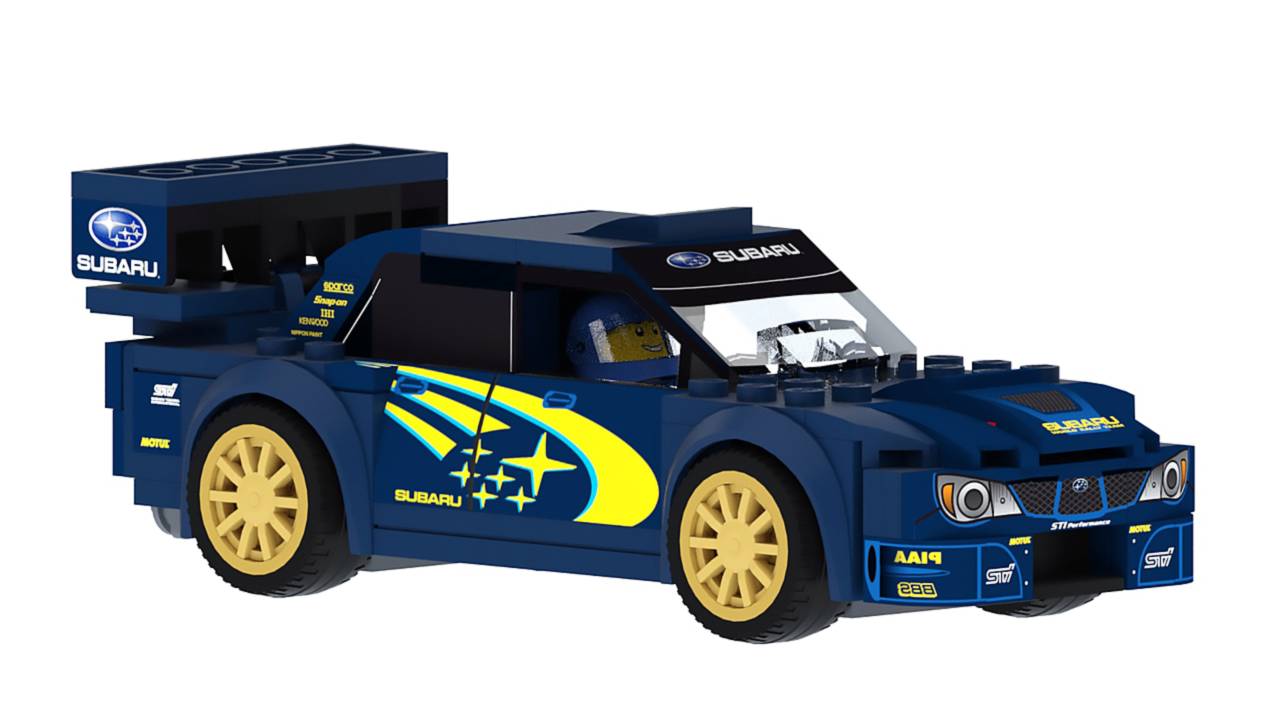 Live out your rally car dream one piece at a time.

Lego Ideas offers a phenomenal opportunity for tinkerers to create new sets. Budding Lego creators can submit their ideas to the company in hopes of seeing it hit mass production. There are tons of different ideas on the site just waiting to be plucked by Lego. And there are tons of automotive ideas, too. However, not all pay attention to detail, like this 2006 Subaru WRX STI WRC Rally Car.

Learn More About Subaru And Legos:

What sets the Lego Subaru rally car apart from other car ideas on the site is the sticker package that gives this otherwise blue car the necessary character to capture the look and feel of the 2006 rally car. It also provides the creation with an official feeling, like it’s already been green-lit by Lego. Instead of trying to recreate the front fascia with Legos – an impossible feat – the creator uses stickers for the grille, headlights, emblem, and lower fascia accents. This is what a real Lego kit would do.

The sticker kit adds Subaru’s iconic yellow logo on the side while stickers on the C-pillar highlight car sponsors. The details continue to the rear where stickers take the shape of the taillights, Pirelli tyre sponsor logos, and emblem. It’s these details that make the Lego Subaru rally car feel ready for the store shelf. The massive wing and gold wheels help, too.

The kit also comes with a driver who slips into the driver seat. There’s even a cute steering wheel. The creator went as far as even to give the Lego Minifigure a blue outfit like real Subaru rally car drivers and adorn the Minifigure’s body with the proper Subaru branding on the front and back to increase the authenticity.

Lego building blocks offer an endless possibility of ideas. So much so, the company is open to new creations from fans of the fun building blocks. Not every Lego Ideas creation hits the market, but that doesn’t mean people can’t build their own Subaru rally car with the Lego pieces they already have lying around the house. You can vote for the Lego 2006 Subaru WRX STI WRC Rally Car here.