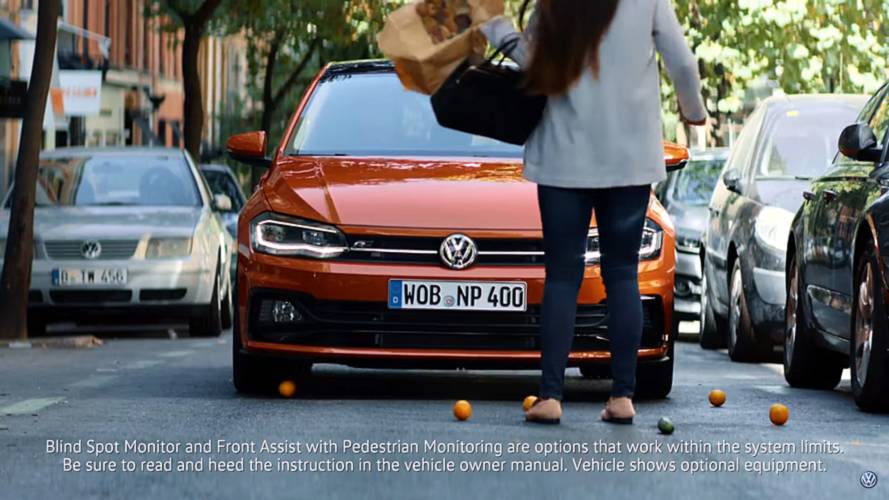 The Advertising Standards Authority said the advert "exaggerated" the benefits of safety features.

A Volkswagen advert showcasing the new Polo’s safety systems has been banned after authorities ruled that it promoted reliance on driver assistance technology.

The advert showed a boy growing up and having accidents on bikes and go-karts, before depicting him as an adult, driving a Polo with his nervous-looking father in the passenger seat. The advert demonstrates the blind-spot monitoring system by showing a near miss with a truck, while the autonomous emergency braking system helps him narrowly avoid running over a pedestrian.

Six people complained to the Advertising Standards Authority (ASA), claiming that the adverts encouraged dangerous driving by overstating the benefits of the vehicle’s safety features.

Volkswagen refuted the claims, arguing there was nothing in the commercial that “condoned or encouraged dangerous, competitive, inconsiderate or irresponsible driving.”

The German company described the driver as “clumsy, unlucky and accident-prone”, which it said was made clear through “comically exaggerated” scenes.

VW also pointed out that it would be impossible to advertise safety technologies such as those featured in the advert without showing potentially unsafe situations, and the firm had liaised with regulators to ensure that their safety technologies were shown in “an accurate and responsible way.”

However, the ASA disagreed with VW’s assertions, deciding that the advert’s depiction of dangerous situations and the on-board technology meant the advert showed a “reliance” on safety features that would aid irresponsible drivers.

A statement from the ASA read: “We concluded that the dependency on the advanced safety systems exaggerated the vehicle’s safety features and the overall tone of the ad encouraged irresponsible driving and was in breach of the Code.

“The ads must not appear in their current form. We told Volkswagen not to encourage irresponsible driving by exaggerating the benefits of the vehicle’s safety features.”