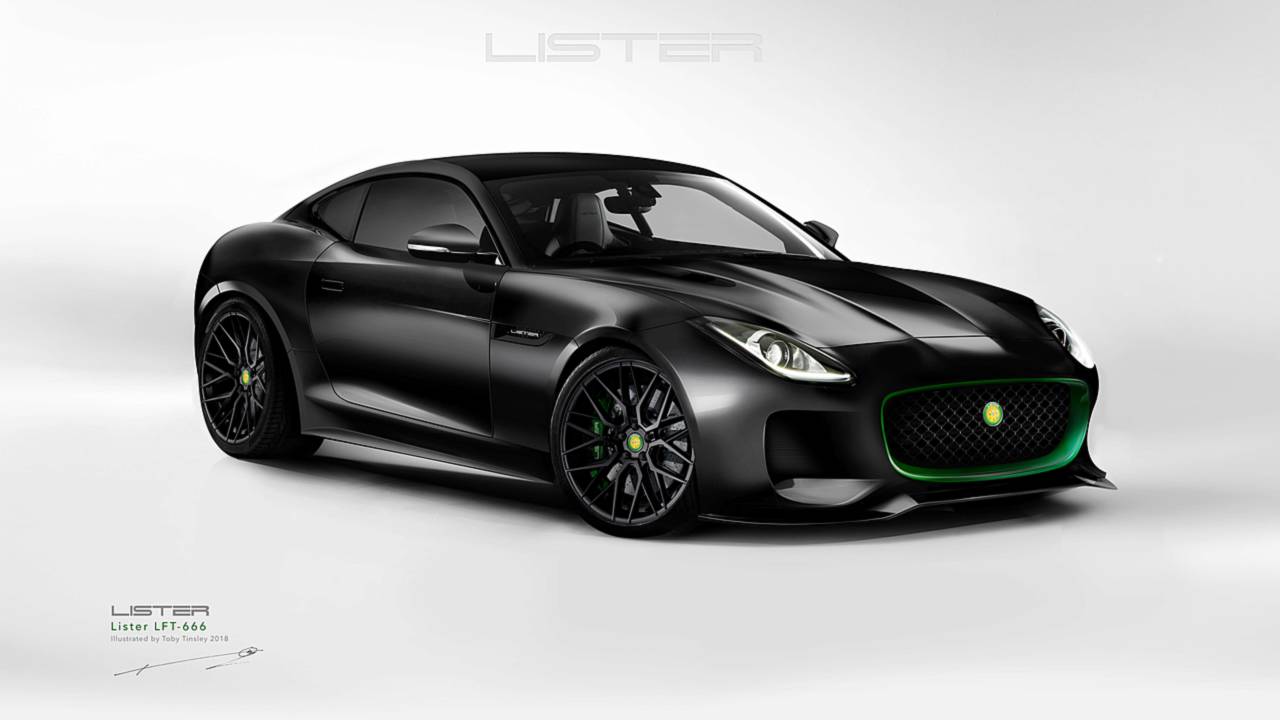 British sports car company Lister has announced that its new F-Type-based supercar will be called the LFT-666.

Not a reference to the Devil himself, but a statement of the tuned Jaguar’s 666 bhp output, the name will adorn Lister’s most powerful model ever.

Originally revealed earlier this year in prototype form (when it was called ‘Thunder’), the LFT-666 has attracted record levels of interest from prospective buyers, who made more advanced orders than for any other model in the Cambridge-based manufacturer’s history.

Now, the company has confirmed more about the car’s specification, including the addition of Lister’s own carbonfibre body panels, as well as a new grille and lightweight alloy wheels. Inside, meanwhile, there are new seats and a new steering wheel, while under the skin, the company has re-worked the suspension and, of course, upped the power output.

All in all, Lister says the LFT-666 is lighter, faster and more aerodynamic than the 5-litre V8-powered F-Type Coupe on which it is based.

Lawrence Whittaker, Lister’s CEO said: “Over the past six months the Lister Motor Company has been working hard on developing our tuning division, starting with modifying the Jaguar F-Type. Originally, we named the prototype the Lister 'Thunder’, however, due to future model lineage, all 99 production models will now be known as Lister LFT-666s. It’s a befitting title and one where an intrigued passer-by instantly knows the brake horsepower of each Lister model.

The first LFT-666 will be ready for delivery to its lucky owner on October 1, 2018, but those who can’t get their hands on one of the 99 examples will be able to have a standard F-Type fitted with Lister’s wheel and body enhancements at a cost of just under £10,000.

Lister will also be attempting to create the world’s fastest SUV, using a Jaguar F-Pace as the base.