Rare Retro Aston Will Set You Back A Bit 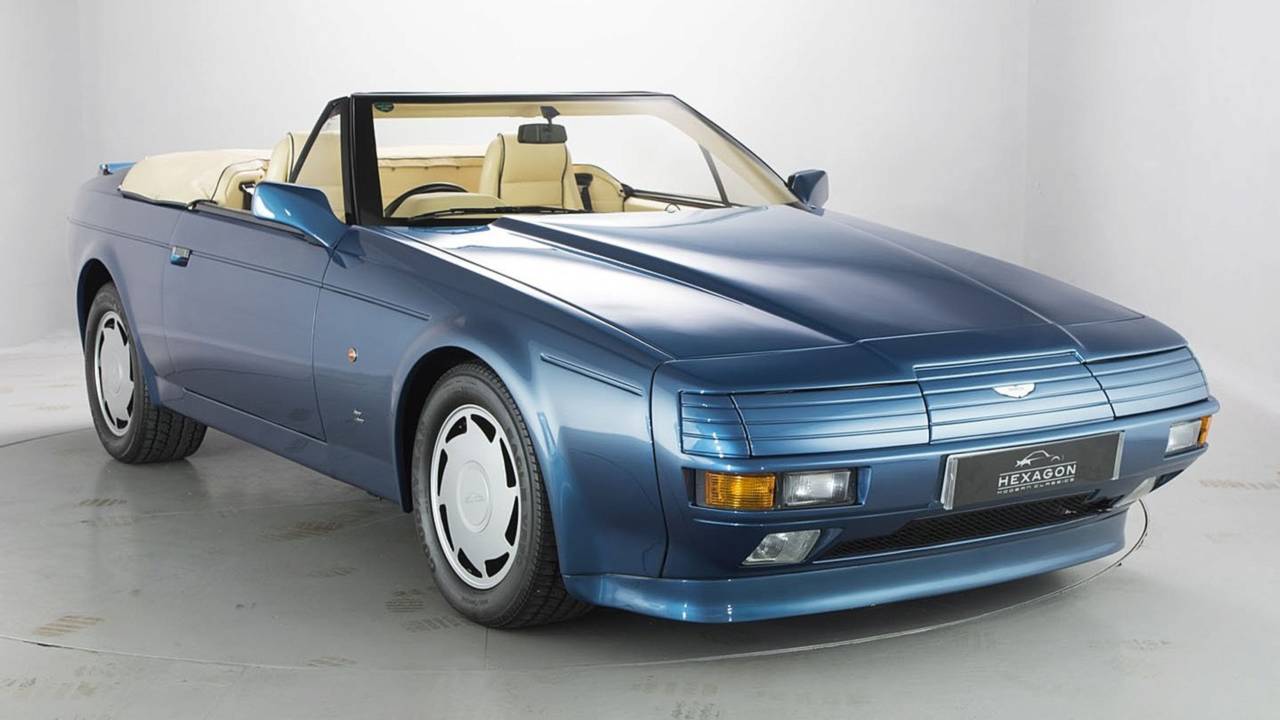 Only 37 Aston Martin Volante Zagatos were ever built.

The 1980s weren't the best of times for Aston Martin. Prior to Ford's ownership and long before the success it enjoys today, the British carmaker was trying to revive its fortunes after a tricky time in the '70s.

Despite its troubles, some good things did come out of the '80s for Aston Martin. James Bond once again got behind the wheel of one, and Prince Charles granted the company a royal warrant it still holds to this day. It also churned out some cracking cars, one of which has just come up for sale at a remarkable price.

The Aston Martin Volante Zagato was by no means the prettiest car the company has ever made – with the likes of the DB4 and DB5, and Vanquish and Vantage on either side of it on the company's timeline, it did have a lot to live up to – nevertheless, it was still a special car.

Hexagon Classics is currently offering a spotless Salisbury Blue example with an interior trimmed in Magnolia. The car is one of just 37 ever built – that alone makes it rare, but when you factor in that it is also one of only 12 right-hand-drive examples ever built, that adds an entire other level of appeal to it, and with just 6,630 miles on the clock, despite being a 1989 car with two former owners, it's practically brand new.

It may be almost 30 years old, but this particular Volante Zagato comes with a few factory options that wouldn't look out of place on a modern car, including an automatic gearbox and limited-slip differential. It also has 'eyelids' to cover its headlights – a cool feature that cars of today need to bring back.

So, you're probably wondering how much all of this 1980s wedge-shaped goodness will cost you. Well, it's currently listed at £345,000, which for a brand new 30-year-old car, is kind of a lot. To put that into perspective, the recently-revealed DBS Superleggera will start at £225,000. Mind you, Aston Martin will be making a lot more than 37 new DBS Superleggeras, hopefully.