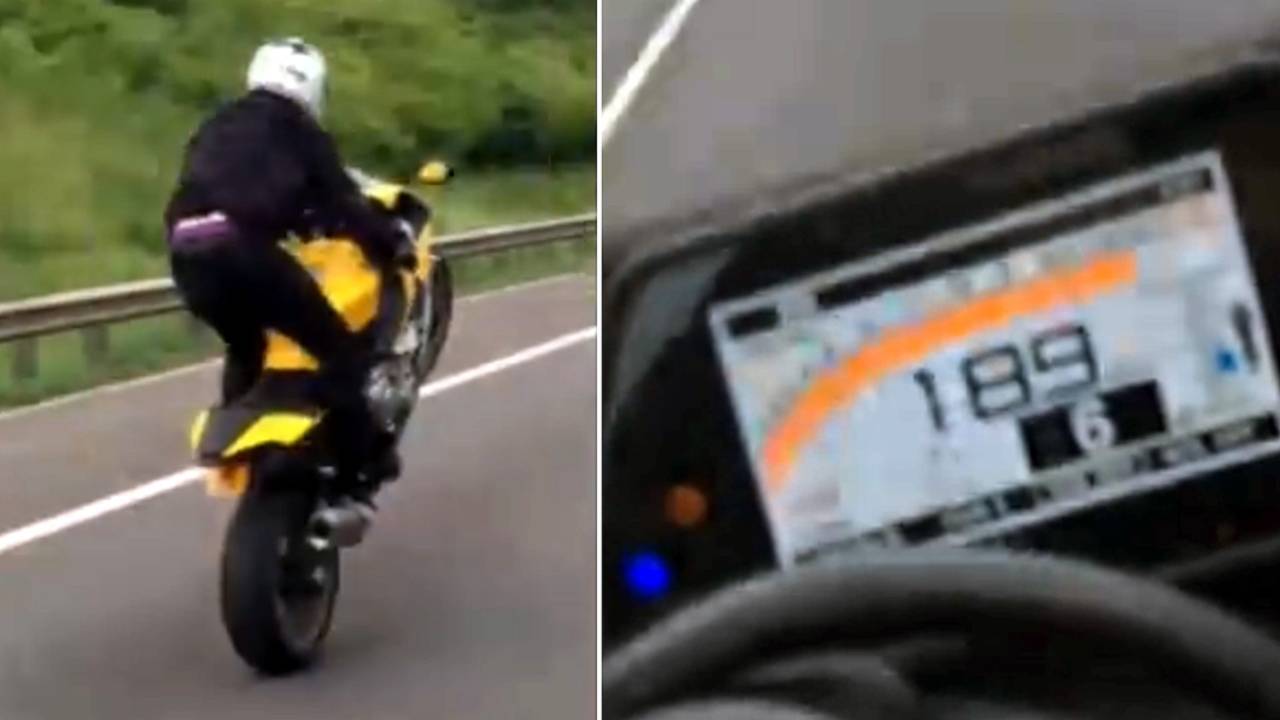 Adam Campion filmed himself driving dangerously on a number of occasions.

A British motorcyclist has been sent to prison after he filmed himself racing along public roads at what is believed to be the highest speed ever reach by a bike on public roads in the country.

Adam Campion, from the village of Hucknall, north of Nottingham, captured himself on a phone riding the stolen bike and hitting 189 mph, while weaving in and out of traffic.

Campion has admitted to five counts of dangerous driving and assisting an offender in the retention of stolen goods – the judge at Nottingham Crown Court sentenced the 26-year-old to 21 months in prison.

Police initially found the footage because Campion was linked with the stolen bike through a registration plate found in the boot of an abandoned car. Officers subsequently discovered a laptop filled with hundreds of videos of motorbikes being driven dangerously.

One of the videos found on Campion’s computer shows him holding his phone to record his speed, which reached as high as 189 mph. He had also recorded videos which showed him going through red lights and doing wheelies.

Ashfield District police commander, Inspector Glenn Longden said: “The illegal and dangerous use of motorcycles is a massive issue to our communities and although this investigation was immensely complex and time consuming, the result in court has been satisfying. I hope this prison sentence will make those who think it is acceptable to put themselves and others in danger by driving dangerously think twice.”

Campion might be behind bars, but the investigation continues as police try to identify other motorbikers who are shown in the videos.

The previous fastest speeding motorist caught on UK roads was Tim Brady, of Harrow in north London, who admitted driving a Porsche at 172 mph.