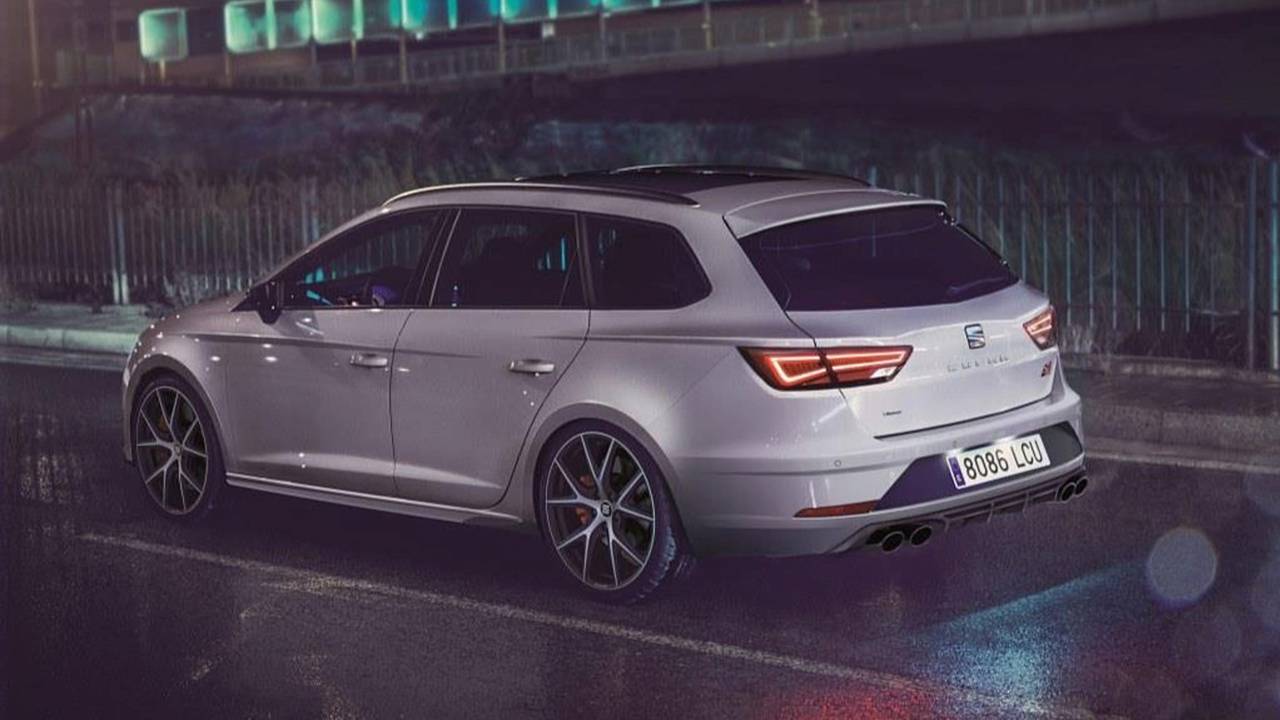 The exclusive car will be strictly limited to fewer than 50 models in the UK.

Fewer than 50 of the Carbon Edition cars will be released in the UK, making them no doubt sought after among collectors and enthusiasts.

The car features a 2-litre petrol engine with DSG automatic transmission and 296bhp, and comes with a whole range of tweaks aimed at boosting performance and style appeal.

The 50 examples of the Carbon Edition will come in any colour you like as long as it’s Monsoon Grey.

Seat UK’s managing director Richard Harrison said: “Following the success of the special edition Cupra R, we know that there is demand for limited-run models from customers looking for something truly special. The Leon ST Cupra Carbon Edition doesn’t only deliver stunning and unique looks, but we believe the enhanced performance and competitive price will be a real draw.”

The new Seat Leon ST Cupra Carbon Edition is available to order already in the UK for £35,575, and you’ll have to be quick because the Spanish carmaker is expecting the special edition car to sell out quickly.

The Cupra R special edition was revealed at the Frankfurt motor show in 2017 and launched earlier in 2018, with 700 made available worldwide – 24 in the UK. The 306bhp car cost £34,995 and was at that point the most powerful car that Seat has ever produced. The Cupra R featured a range of copper-themed tweaks to lend the car an exclusive air.