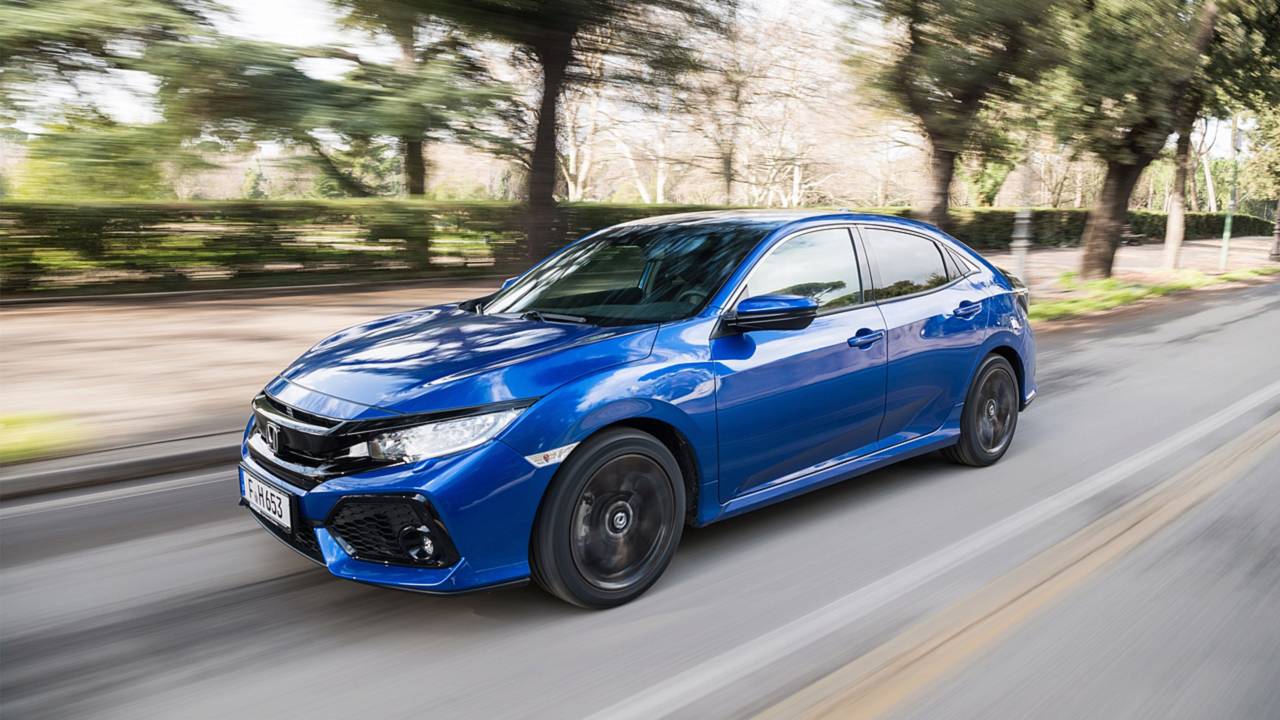 It's hard to believe this is the first time a Civic diesel has been offered with an auto 'box.

Have you been looking to combine the thrifty thrills of diesel economy with the joys of a lazy left foot in a convenient seventh-generation Japanese hatchback wrapping but you were thwarted at every turn?

Look no more, because for the first time in the car's long history, Honda is set to offer its diesel Civic with an automatic gearbox – and a nine-speed transmission at that.

According to the Japanese manufacturer, the transmission has a wide spread of gears, for “superb efficiency”, first gear ensuring a smooth launch and a high top gear reducing fuel consumption and noise at cruising speeds.

The 1.6-litre diesel engine packs in a lot of fancy tech to maximise efficiency and get as much power out of the setup as possible. It produces 118 bhp at 4,000 rpm and 221 lb-ft of torque at 2,000 rpm, which combined with the nine-speed automatic gearbox, gets the Civic from 0-62 mph in 11 seconds and on to a top speed of 124 mph.

Honda says that the engine and gearbox combo manage an impressive official 68.9 mpg in four- and five-door guise across all trim levels they are offered with. As well as the impressive economy, the new Civic 1.6-litre i-DTEC automatic pumps out CO2 emissions of 108 g/km (four-door) and 109 g/km (five-door) under the NEDC test.

The hatchback version of the car is built in Swindon in the UK, and the four-door saloon version is manufactured in Turkey – the latter car isn’t yet available in the UK, but goes on sale in August. The new transmission is available for a £1,670 bump on the six-speed manual version of the five-door hatch, with saloon prices to start from £19,395 with a similar premium for the automatic option on the diesel-engined car.