These fashionable Japanese plug-ins are fresh off the boat.

Mitsubishi has revealed that the first deliveries of its new upgraded Outlander PHEV have arrived in the country ahead of going on sale on 1 August.

The new SUVs are fresh off the boat at Bristol Royal Portbury Docks having made the long journey from Mitsubishi’s Nagoya plant, where right-hand drive models for the Japanese domestic market are built.

The 2019 model year Outlander PHEV has been upgraded with a suite of changes, including tech updates to the 2.4-litre Atkinson-cycle petrol engine that produces 133bhp and 156lb-ft torque. The electric motor at the rear of the powertrain has been boosted to 94bhp and the electric battery gets a 10 percent increase in output too, with 13.8kWh thanks to new battery cells. Mitsubishi says that the Outlander PHEV manages 139mpg on the WLTP economy test. 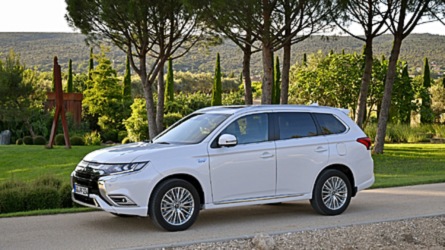 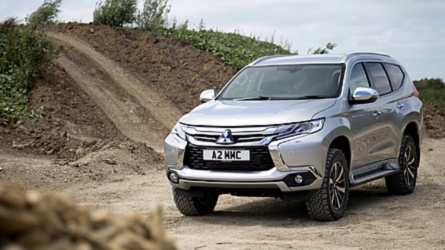 Changes have been made to the suspension to improve both ride and handling, alongside a remapped power steering system. Larger front brakes boost stopping power while a new “Snow Mode” on the 4x4 system will help when the weather gets cold.

On the styling front, there are new front and rear bumpers, a redesigned grille with a new honeycomb mesh and new headlights that feature LED high-beams. Two-tone 18-inch alloy wheels complete the exterior package.

Inside there are new seats, revised switchgear, an upgraded instrument cluster and more convenient USB ports says the Japanese carmaker.

Rob Lindley, Managing Director, Mitsubishi Motors in the UK said: “The engineering improvements on the Outlander PHEV show a significant and progressive step forward and demonstrate Mitsubishi’s knowledge and expertise as one of the pioneers of plug-in hybrid technology,” said Rob Lindley, Mitsubishi UK’s managing director. “The Mitsubishi Outlander PHEV remains the UK’s most popular plug-in vehicle, and the revisions made for 2019 should help retain this status.

These first examples of the new 2019 Mitsubishi Outlander PHEV will be delivered to UK dealers in the coming weeks prior to the on-sale date of 1 August. Mitsubishi says that UK pricing and specification will be announced as the car goes on sale.